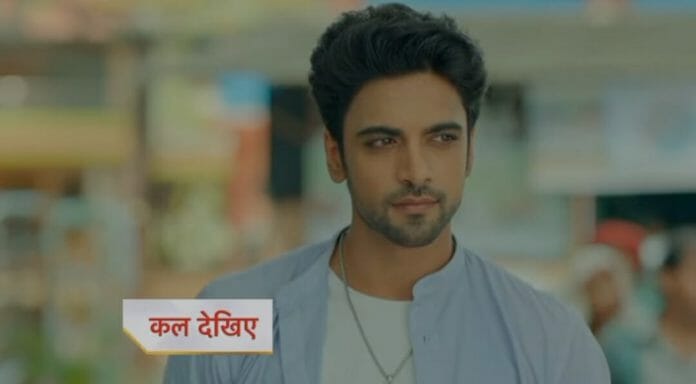 The peculiar twist in the tale of Star Plus newly launched show “Faltu” is enthralling the audiences. The brilliant star cast along with the plot is capturing the attention of the audiences. The story is gearing up for some intense drama in Faltu’s life. Previously, Faltu decided to get rid of Pappi and his marriage proposal.

She got an idea and shared it with Pratap. She also disguised herself as a boy to play cricket and somehow got selected for Gopal’s team. Whereas, Pappi and Faltu’s aunty got suspicious about her and tried to find about the truth.

In the current track, Faltu decides to learn cricket from Ayaan while Pratap checks about him on google and finds that the latter was a great played but left cricket for some personal reasons. He worries that if Ayaan will help Faltu or not? To which the latter gets an idea and determines to fulfill her goal.

Here, Ayaan gets frustrated with his staffs while Faltu comes there and picks several ingredients from Ayaan’s mart. She brings it out while Ayaan gets confused seeing the setup of cooking.

Faltu explains him that why no one comes to his mart to shop and proclaims that he have to make a bond with the villagers first. He states that he doesn’t know how to cook, to which she proclaims to help him.

Ahead, Ayaan questions about Faltu’s purpose behind helping him, to which she ask him to teach cricket to Anmol. He denies recalling his past, to which she starts her emotional drama and says that the latter really needs help.

Ayaan agrees to Faltu’s request and then they cooks for the villagers. Faltu intentionally burnt the food while the ladies comes to help them and then they starts shopping from the store. Ayaan gets elated seeing Faltu’s plan working and tells everything to his family.

Later, Sumitra shares her worry with Sid while he tells his plan to her. She appreciates it but then after seeing the success of Ayaan, she taunts Sid and proclaims that his plan is already flop. Whereas, Ayaan gives credit to Faltu and introduces her to his family. Meanwhile, Tanisha gets jealous after seeing the latter.

Will Ayaan agrees to teach Anmol?

Will Faltu be able to win the cricket competition?