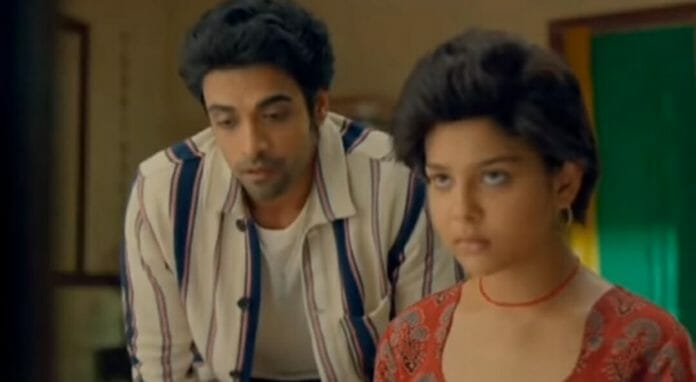 Star Plus popular serial “Faltu” produced under Boyhood Productions, is an unique drama. Niharika Chouksey and Aakash Ahuja are the main cast of the show. The enthralling and fresh story of the serial is captivating the audiences. Previously, Faltu helped Ayaan in gaining the trust of the villagers.

Whereas, the latter got shocked finding about Pappi and Faltu’s marriage. He tried to help her and Charan financially, but Faltu denied to take it and asked him to start the training of Anmol. Whereas, Pappi got bribed by Sid and he ployed against Ayaan to ruin his business.

In the current track, Faltu tricked her aunty when the latter tried to follow her. She goes to the training ground being disguised as Anmol while Ayaan starts her training. He appreciates her shots but then notices her carefully and recognises Anmol to be Faltu.

Here, Ayaan confronts the latter about her real identity while she gets shocked as her truth got revealed. He assures her that he will keep it a secret and appreciates her courage. He also proclaims that she will surely win the cricket match and will make her father proud.

Faltu ask for Ayaan’s help to disguise herself as a guy. He gives her mustache and she tries it on her face. At that time Ratan comes there but Ayaan hides Faltu from getting caught. He also gets concerned for her seeing her feeling dizzy. He aak about the matter but she hides her medical condition from him.

Ahead, Faltu’s sisters returns back from their in-laws house. Ratan’s wife keeps taunting them and ask to get back to work inside the kitchen. Whereas, Pratap brings grocery from Ayaan’s mart and Faltu starts preparing food.

Faltu notices the two labels on the products and gets worried seeing the expired products. She rushes to Ayaan’s mart and gets relieved seeing that no one has made a purchase except for Pratap. She notify about the problem to Ayaan and they resolve it instantly.

Later, Ayaan thanked Faltu and gets suspicious upon Pappi for ploying against him. He decides to beat him but Faltu stops him and ask to stay calm. Meanwhile, Ratan’s wife and Pappi becomes doubtful about Ayaan and Faltu’s relationship. They decides to find proofs against them to expose their truth.

Will Faltu be able to get rid of Pappi?

Will Faltu win the cricket competition?