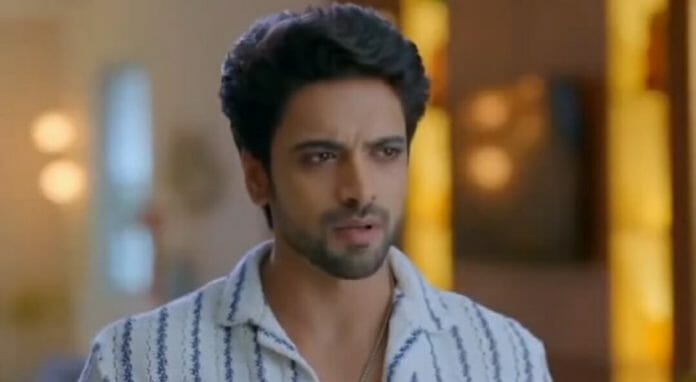 Star Plus popular serial “Faltu” produced under Boyhood Productions, is an unique drama. Niharika Chouksey and Aakash Ahuja are the main cast of the show. The enthralling and fresh story of the serial is captivating the audiences. Previously, Siddharth got a clue from the priest regarding Faltu’s marriage.

He showed it to Tanisha but they couldn’t able to find about her husband. They decided to bribe Faltu’s doctor in order to find about the truth and somehow convinced him. Meanwhile, Ayaan tried to find about Dr. Ajit. He also regretted his behavior towards Tanisha and shared his turmoil with Rijula.

In the current track, Tanisha tries to go close to Ayaan but the latter pretends to be asleep. She determines to find the truth about Ayaan and Faltu’s relationship while Siddharth ploys to separate her from Ayaan at any cost.

Here, Faltu helps Charan in his business and then they went to the eye camp for her checkup. The doctor sended him to the other doctor and assures that they will get free treatment if they get a donor for her.

Faltu meets the doctor while Tanisha and Siddharth looks at them from the outside. The doctor starts interrogating Faltu about her marriage while she gets suspicious and decides to go from there.

Tanisha gets heart broken after finding about the truth while Faltu doesn’t remember anything after coming back to her senses. Siddharth denies to become Faltu’s donor but Tanisha says that she will pay for her operation.

Later, Tanisha takes a promise from Siddharth that he won’t tell the truth to anyone in the family but he thinks about revealing the secret in order to separate Ayaan and Tanisha. Meanwhile, She ask Kanika for the money.

Now in the upcoming episode, Tanisha will share her plan with Kanika. She will proclaim that she won’t let Faltu get back into Ayaan’s life. She will remind Kanika about the puppet show which they used to see and proclaims that she will control Ayaan and Faltu just like the puppets.

Meanwhile, a man will go inside Faltu’s house and says that he is from the eye camp. He will ask Faltu to sign the papers and proclaims that it is related to her eye operation.

Will Tanisha gets successful in her ploy?

Will Ayaan be able to find about the truth?