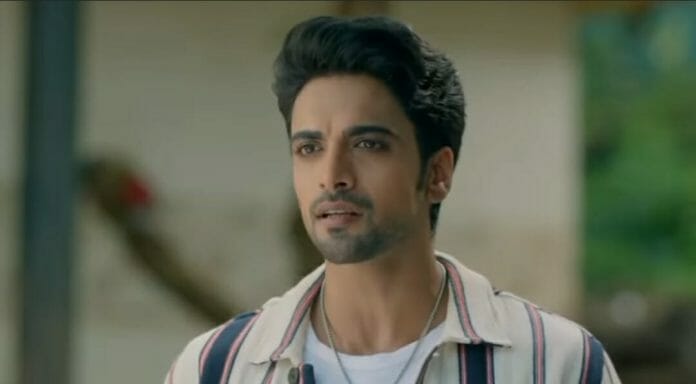 Star Plus popular daily soap “Faltu” starring Niharika Chouksey and Aakash Ahuja as the main lead is gearing up for some intense drama and interesting twists in the upcoming story. Previously, Faltu started her training while Ayaan encouraged her and adviced to be careful around other players.

He also helped her to disguise as Anmol and ask her to work on her form. He assured her that she will surely win the match and will prove herself to everyone. Meanwhile, Sumitra warned Siddharth about the consequences if Ayaan became the CEO.

In the current track, Ayaan saves Faltu from getting exposed in front of everyone. He takes her towards the washroom and sends her inside to correct her hair. Meanwhile, he gets a call and goes to attend it while Pappi follows them and decides to goes inside the washroom to find about Anmol’s truth.

Here, Faltu feels Pappi’s presence and acts like a ghost. She sends him away while he realises that it was a gents washroom and again goes back in. He confronts Anmol while the latter acts to be clueless about the matter.

Ayaan comes at that time and stops Pappi from forcing Anmol. Whereas, Faltu makes up a scary story and says that there is a ghost roaming around their village and ask Pappi to be careful. The latter gets afraid and runs away from there while Ayaan laughs along with her.

Ahead, Ayaan gives a gift to Faltu and ask her to correct her form. She gets nervous about the match while he motivates her and says that he can see himself in her. He also says that she again ignited her passion for cricket.

Faltu insists Ayaan to come to her match while he agrees. She gets elated while Ayaan receives a call from Janardan who notifies him about his engagement with Tanisha and ask to return back. Ayaan gets shocked and tries to deny but at last agrees to go back.

Later, Faltu sees Ayaan’s message for her and determines to win the match for him. Whereas, her family starts preparing for her marriage with Pappi. Meanwhile, Ayaan thinks about Faltu and states that he have done something for her which she will get at the right time.

Now in the upcoming episode, Jamana will panick upon not finding Faltu and notify everyone about it. Meanwhile, Pappi will order his mens to search everywhere in the Rajasthan to find Faltu. He will proclaim that he needs her at any cost and then reaches the cricket match ground. Whereas, Faltu will stand there being disguised as Anmol to play cricket, while Pappi will confront the latter.

Will Pappi find about Anmol’s truth?

Will Faltu gets married to Pappi?