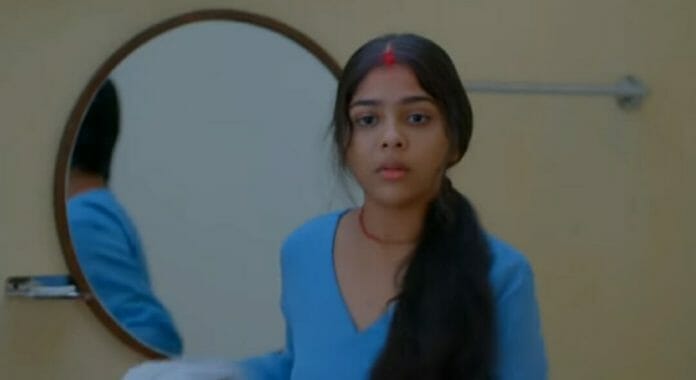 Star Plus popular serial “Faltu” starring Niharika Chouksey and Aakash Ahuja as the main lead is gearing up for some intense drama and interesting twists in the upcoming story. Previously, Ayaan got elated upon learning about Faltu’s whereabouts. He waited for her to come back, but the latter escaped from the police station.

She took help from few girls and reached the hospital. She also contacted her father and notified him about her blindness. He got shocked and assured to visit her. Whereas, Ayaan got confused after learning about Faltu’s escape.

Here, one of the nurse gets suspicious about Faltu and puts allegations on her that she ran away from her wedding. Faltu lies to them that she works in a drama company and mingles with the other patients. Whereas, the nurse also starts trusting her.

Faltu wipes away her Vermillion but leaves a little bit of traces, recalling how Ayaan filled it. Meanwhile, she thinks about her changed relationship with Ayaan whereas the latter also keeps worrying about Faltu but Harsh and Kinsukh tries to calm him down.

Ahead, Savita talks to Ayaan and reminds him about his responsibilities towards Tanisha. She tells that the latter is handling the situation sensibly and answering all the question of the guests related to him. She also tells about how Janardan helped them and ask him not to break his faith upon him.

Ayaan assures Savita that he won’t disappoint Janardan as well as her. She also ask him to forget Faltu while he recalls his moments with her and thinks about his grown up feelings for her. Whereas, Kanika comes to take Tanisha and Ayaan for pag-phera rituals.

Later, Dadi and Savita gives a work to Tanisha and ask her to distribute the money to all the family members. She fails to complete the task successfully and apologises to them, while Savita smiles and assures that soon she will learn everything. Whereas, Ayaan sits along with them unwillingly.

Now in the upcoming episode, Faltu will get inside the temple and states that she never thought she will put Ayaan’s Vermillion on her hairline. She will stand in front of the God’s idol being blind, while Ayaan will come there along with Tanisha.

He will see Faltu and confronts her. He will become shocked seeing her being married and concludes that she got married to Pappi. He will remind her about her dreams and taunts her for leaving everything to marry Pappi.

He will declare his hatred towards her and states that he even hampered his marriage for her. He will leave from there along with Tanisha while Faltu will walk with a stick and thinks that if she could tell Ayaan about her helplessness.

Will Ayaan find about the truth?

Will Faltu get her eye sight back?