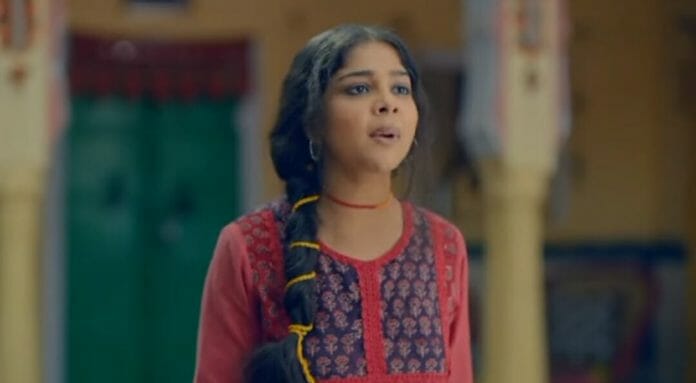 The peculiar twist in the tale of Star Plus newly launched show “Faltu” is enthralling the audiences. The brilliant star cast along with the plot is capturing the attention of the audiences. The story is gearing up for some intense drama in Faltu and Ayaan’s life.

Previously, Faltu decided to help her father and participated in a cricket match to earn money. She faced a lot of criticism but defeated the players and won the match. Meanwhile, Ratan scolded Faltu and ployed to teach her a lesson. Whereas, Ayaan came to Ittarpur to fulfill Janardan’s wish.

In the current track, Faltu recalls the humiliation her father faced by Ratan. She also recalls how her uncle Ratan mistreated her and then gets flashes of her conversation with the doctor. She remembers his warning that she will soon loose her eyesight if she doesn’t take proper treatment and ask her to tell about it to her family.

Here, Faltu denies to notify her family about her medical condition and states that she doesn’t want to burden then anymore. Meanwhile, Ayaan and Su tries to find the Ratan guesthouse but couldn’t able to reach there.

Ayaan mistook a person to be a thief and scolded him while Faltu sees it and takes a stand for that man. She rebukes Ayaan and both gets into an argument. she threatens him while he apologises for his mistake. Su ask for her help to find the guesthouse.

Ahead, Faltu teaches a lesson to Ayaan by telling him the wrong direction while Su and Ayaan gets tired of searching for Ratan guesthouse but somehow reaches there and complains about Faltu. Meanwhile, the latter gets shocked after seeing them inside her house.

Tanisha gets excited to marry Ayaan and shares her happiness with Kanika. Whereas, Siddharth reveals his obsession with Tanisha and proclaims that he won’t let his brother Ayaan marry her. Meanwhile, Sumitra notify Siddharth about Janardan’s decision while the latter makes a ploy against Ayaan.

Later, Ayaan and Su gets shocked seeing Faltu while she stops them from revealing the truth in front of the family. She takes them inside while in the morning she sees Ayaan without shirt and starts screaming. She then falls into his arms while he holds her protectively.

Now in the upcoming episode, Ayaan and Faltu will dash with one another during garba performance. They will both get furious seeing each other. Whereas, Ratan will fix Faltu’s marriage with Pappi while her mother will state that how can they get Faltu married to a man who is double her age. Pappi will get furious and gives a warning to them. He will state that either he will marry Faltu in 10 days Or he wants his money back. He will smirk looking at Faltu while she will get shocked.

Will Siddharth gets successful in his ploy?