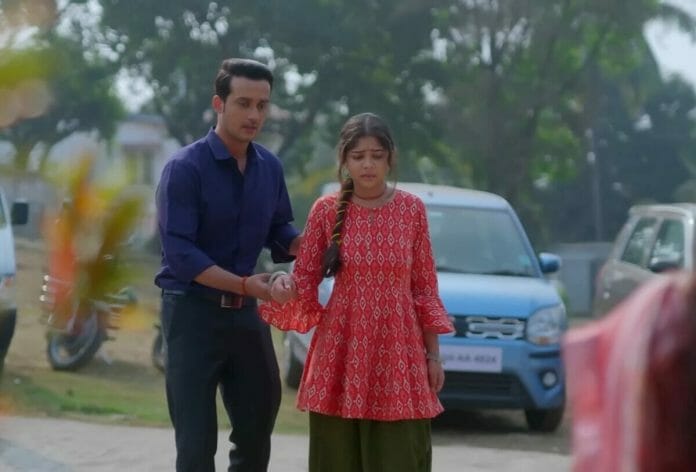 The peculiar twist in the tale of Star Plus popular daily soap “Faltu” is enthralling the audiences. Previously, Faltu went to the temple in order to pray for Ayaan’s long life. She hided the truth from her father as well as others about her marriage with Ayaan. Meanwhile, the latter came to the temple along with Tanisha and spots Pratap.

He went in search of Faltu and comes face-to-face with her. She got shocked as he confronted her. She lied to him about her husband and warned Ayaan not to interfere in her life anymore. The latter got shocked seeing her behavior and became furious at her.

In the current track, Dr. Ajit asks Faltu about the matter while she takes his help and notify him about the truth. She also ask him to keep it a secret from everyone else as she doesn’t want it to get revealed.

Meanwhile, Ayaan notify Kanika and Tanisha about his encounter with Faltu, while the latter proclaims to teach a lesson to her.

Here, Ayaan burns in anger thinking about Faltu while Kanika questions Guruji about Faltu and prays that she never cross paths with them again. Meanwhile, Kanika performs her daughter’s pag-phera rituals and sends her along with Ayaan.

Tanisha keeps talking about the changes she wants to do in Ayaan’s room while he pays no attention to her and keeps thinking about Faltu being furious. Meanwhile, the latter reaches the hospital but gets late to meet the doctor. They requests the nurse for one more appointment, while Dr. Ajit also insists the latter.

Ahead, Faltu gets an appointment of the next day and they decides to stay nearby. Dr. Ajit ask them to come to his house but Faltu denies to take anymore help from him. He says that he is doing it for the sake of humanity but Faltu denies and goes along with her father to stay at a hotel.

Jamuna gets worried for Faltu after finding about her blindness. She proclaims to go to Mumbai but Lajwanti and Charan makes her understand. She cries thinking about her daughter, while Charan and Pratap motivates Faltu to fight for herself.

Later, Faltu gets encouraged and determines to fulfill her dreams. Meanwhile, Janardan notify Mittals about the encounter of Ayaan with Faltu and lashes out at the latter for being ungrateful. He also blames Rijula for all the mess, while the latter denies to believe all the allegations upon Faltu.

Now in the upcoming episode, Faltu will start practicing for cricket and proclaims that Ayaan has done a lot for her. She will dedicate her life to Ayaan and says that she will always consider him as her God. She will decide to keep practicing and use Ayaan’s teaching to improve herself. Meanwhile, Pappi will pass by her room along with his goon. She will hear his whistling sound and thinks him to be Pratap. She will go to open the door while Pappi will pass from there.

Will Pappi be able to see Faltu?

Will Ayaan learn about the truth?