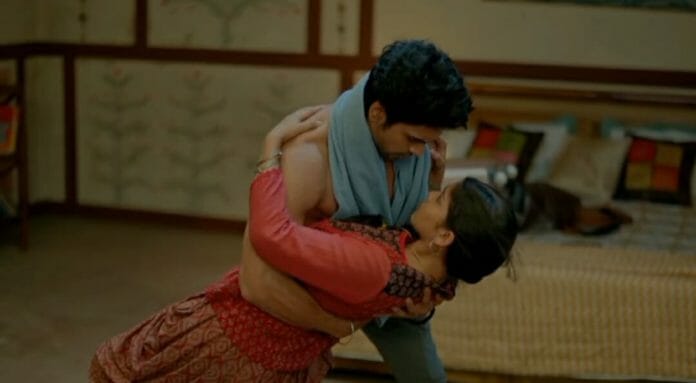 The peculiar twist in the tale of Star Plus newly launched show “Faltu” is enthralling the audiences. The brilliant star cast along with the plot is capturing the attention of the audiences. The story is now gearing up for some intense drama.

Previously, Faltu and Ayaan met each other and got into an argument. Faltu gave wrong address to Ayaan while they both got shocked to see one another in Ratan’s guesthouse. Whereas, Siddharth determined to snatch Tanisha from Ayaan and ployed against the latter.

In the current track, Sumitra notify Siddharth about Janardan’s decision to give his position to Ayaan, while the latter gets furious and makes a plan to ruin Ayaan. He determines to stop Tanisha and Ayaan’s marriage, as well as proclaims to destroy Ayaan’s image in front of everyone.

Here, Faltu gets shocked seeing Ayaan without T-shirt while they both shares an eyelock. Faltu starts troubling Ayaan while he gets frustrated with her. She also unpacked his stuff without his permission while he scolds her.

Ayaan complains about the facilities of the guesthouse while Faltu takes a stand for her guesthouse and proclaims that they treat their guest well. They both starts bickering while Su stops them. Meanwhile, Faltu shares everything with Pratap.

Ahead, Pratap notify Faltu about the next cricket match and tells about the rewards. She gets mesmerised seeing all thr rewards while Pratap’s mother rebukes her and gives her an old clothe to get ready for the navratri function.

Pratap’s mother makes a ploy to teach a lesson to Faltu. Whereas, Tanisha and her mother Kanika visits to Mittal’s party and the latter gets upset finding about Ayaan’s missing. Meanwhile, Siddharth gives her expensive gifts and tries to impress her but fails.

Later, Faltu enjoys the navratri dance while Ayaan also joins her and both again gets into an eyelock. Meanwhile, Pappi arrives there with a shocking intention. Whereas, Kanika demands to match Ayaan and Tanisha’s horoscope before marriage while Mittals gets shocked.

Now in the upcoming episode, Ratan will fix Faltu’s marriage with Pappi while her mother will state that how can they get Faltu married to a man who is double her age. Pappi will get furious and gives a warning to them. He will state that either he will marry Faltu in 10 days Or he wants his money back. He will smirk looking at Faltu while she will get shocked. Whereas, Faltu will forcefully gets ready as the bride and Pappi becomes excited to marry her.

Will Siddharth gets successful in his ploy?