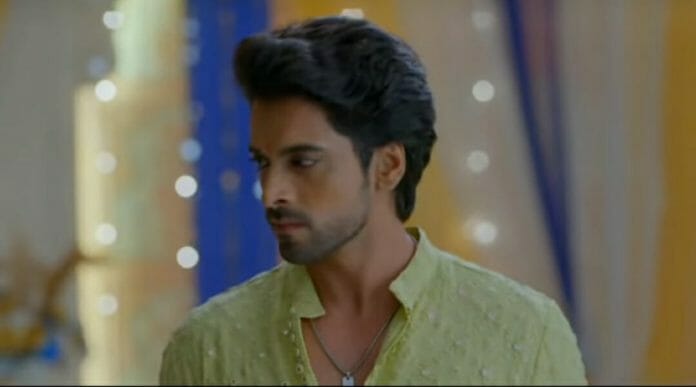 Star Plus’s popular daily soap “Faltu” is unravelling lot many dramas with each passing day. The show is making the viewers curious, with its unpredictable storyline. Previously, Faltu went to the temple in order to pray for Ayaan but got confronted by him.

He started interrogating her after seeing Vermilion on her hairline, while she rebuked him and ask to stay out of her matter. He got shocked seeing her changed behavior, while she lied to him about Dr. Ajit being her husband. He got furious at Faltu and notified everyone about her misbehaviour.

In the current track, Kanika performs Pag-phera ritual of Tanisha and sends her back to Mittals house. The latter completes her greh-pravesh ritual and enters the house along with Ayaan, but he keep thinking about Faltu being anxious.

Here, Savita tells Tanisha about the ritual and ask her to perform it. The other family members scares her stating that if she messes with it, then her married life with Ayaan will be difficult. Savita stops them and ask not to trouble Tanisha.

The latter starts the rituals but mistakenly the plate falls from her hand. She gets worried but Savita consoles her and then notify both Ayaan and Tanisha about the decision of Guruji. She ask them to sleep separately for few days.

Ahead, Charan and Pratap consoles Faltu as she feels low. They goes out for some work after motivating her while she recalls Ayaan’s words and determines to fulfill her passion and make everyone proud. She starts practicing cricket.

Jamuna gets warned by Angoori and Ratan but she didn’t notify them about Faltu’s address. They proclaims to bring their son Pratap back and calls Pappi asking for his help, while the latter checks inside the same hotel as Faltu and determines to find her anyhow.

Later, Siddharth mocks Ayaan in front of the family members but the latter gets furious and ask them not to mention her name anymore. Janardan appreciates his decision, while Rijula questions him about his feelings for Tanisha. Meanwhile, Pappi passes by Faltu’s room and she goes to open the door thinking that Pratap is back.

Now in the upcoming episode, Faltu will go for the checkup of her eyes and meets the doctor. She will tell that Faltu can get her eyesight back, as there is 50% of chances left. The doctor will continue that they have to perform an immediate operation and declares that it will cost around 15 lakhs rupees. Charan, Faltu and Pratap will get shocked hearing it.

Whereas, Ayaan will also come to the same hospital along with Dadi while Pratap will spot him and tells Faltu about it. She will get tensed and ask what is he doing there.

Will Faltu get her eye sight back?

Will Pappi find about Faltu?