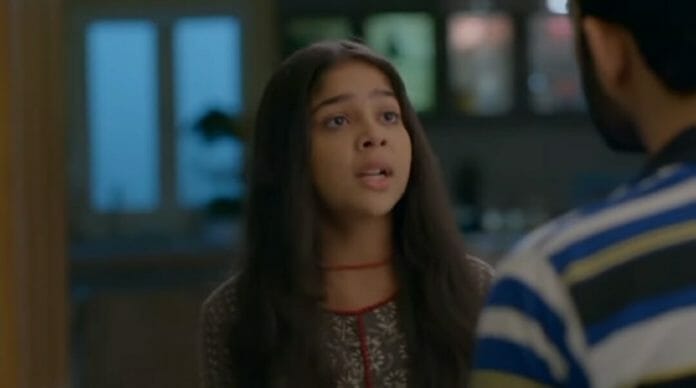 Star Plus popular serial “Faltu” produced under Boyhood Productions, is an unique drama. Niharika Chouksey and Aakash Ahuja are the main cast of the show. The enthralling and fresh story of the serial is captivating the audiences. Previously, Ayaan took Rijula’s help to keep Faltu safe.

He notified the latter about Faltu’s life, while Rijula and Alok assured to look after her. They all supported Faltu and encouraged her to achieve her dream. Whereas, Siddharth found about Faltu and Ayaan’s matter via Pappi and decided to expose them.

In the current track, Pappi gives a warning to Faltu and threatens to destroy Ayaan’s life. He talks to Siddharth and notify about Faltu staying in Ayaan’s aunt’s house. Siddharth ploys to expose Faltu in front of his family. Whereas, Pappi decides to visit Mumbai in order to bring Faltu back.

Here, Faltu gets worried about Ayaan and gets ill. Alok looks after her and tries to calm her down. She denies to take any treatment and keeps thinking about Ayaan. Rijula and Alok informs Ayaan about Faltu’s condition while he was about to visit her but Janardan stops him.

Janardan declares in front of all the family members that Ayaan will not handle official work till his marriage, as he needs to enjoy his wedding. He tries to deny Janardan and says that he can manage both, but the latter gives the duty to Siddharth.

Ahead, Ayaan goes away from there while Sid convinces Janardan to invite Rijula personally for the wedding. Janardan ask Sid and his grandmother to go to invite Rijula, while the latter smirks thinking about his ploy to find Faltu.

Ayaan sees Faltu’s state and gets tensed for her. He learns about Pappi’s threat and proclaims to teach him a lesson. He determines to protect Faltu from problems while Rijula questions him about his feelings for Faltu, to which he replies that he wants to see her achieve everything which he couldn’t able to do.

Later, Savita tries to find Ayaan and ask the family members about him. Suhana says that he must be in the gym, while Sid convinces all the family members to visit Rijula’s house in order to surprise her, while everyone gets impressed by his idea.

Now in the upcoming episode, Siddharth will get inside Faltu’s room in Rijula’s house but couldn’t able to find her. He will state that she must be nearby and recalls that how worried Alok and Rijula was thinking about getting their secret out. He will determine to find the latter, while Faltu will question Ayaan about the matter as he takes her to the balcony. He will ask her to be silent and tries to hide from Sid. Meanwhile, the latter will hear some sounds and goes towards the balcony while Ayaan will bring Faltu closer to himself and covers her away from Siddharth. Whereas, she will keep staring at him.

Will Ayaan be able to hide Faltu from Siddharth?

Will Pappi be able to find Faltu?