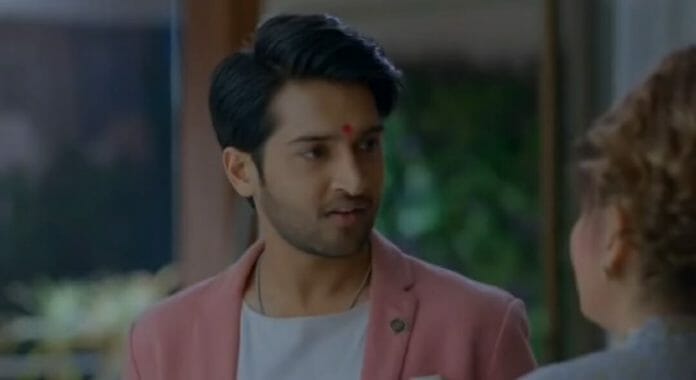 Star Plus popular serial “Faltu” starring Niharika Chouksey and Aakash Ahuja as the main lead is gearing up for some intense drama and interesting twists in the upcoming story. Previously, Ayaan confronted Faltu and found about her blindness. Meanwhile, Siddharth and Tanisha also came there and questioned Faltu, but she denied to notify anything related to herself and ask them to leave her alone.

She misbehaved with Ayaan while he got hurt by her behavior. Savita adviced him to pay attention towards his married life instead of Faltu, but he proclaimed to find about the truth to get peace of mind. Meanwhile, Faltu got a work and starts doing it to arrange some money.

In the current track, Faltu notify her family about her encounter with Ayaan. She cries recalling her misbehavior towards him while Charan scolds her. She says that she didn’t had any other choice to keep Ayaan away from her. Meanwhile, Tanisha ask Siddharth to find about Faltu’s truth.

Here, Siddharth spies on Faltu and enquires about her from the neighbors. He finds about that she lives with her father and brother. He notify about it to Tanisha and smirks trying to instigate her against Ayaan.

Sumitra also supports Siddharth and tries to make Tanisha suspicious about Ayaan and Faltu’s relationship. But, the latter shows her confidence upon Ayaan and proclaims that he is also hurt by Faltu’s behavior.

Ahead, Faltu starts doing her work and learns to do it properly after some mistakes. At that time the board got short circuit and fire starts spreading. She senses the fire and shouts for help, while some people comes to rescue her.

Faltu gets saved by the neighbors while Charan and Pratap also comes there. They gets concerned for her while she assures that she is fine. Everyone finds about her blindness, while Ayaan also got the information about the accident from his agent.

Later, Faltu visits the doctor and she says about the tumor in Faltu’s eyes. She also says that cost to remove it will be high and there is no surety that she will get the eyesight back or not. Faltu denies to do the operation and proclaims that God will help her.

Now in the upcoming episode, Faltu will take the Vermilion box and stands holding it. She will flip her hair aside and fills it with Vermilion. She will then cover that part so that no one can see her hairline filled with Vermilion.

Meanwhile, Pratap will come there and sees her. He will confront the latter and ask that what is she doing? To which Faltu will get worried.

Will Pratap find about Faltu’s truth?

Will Faltu tell about her secret to her family?