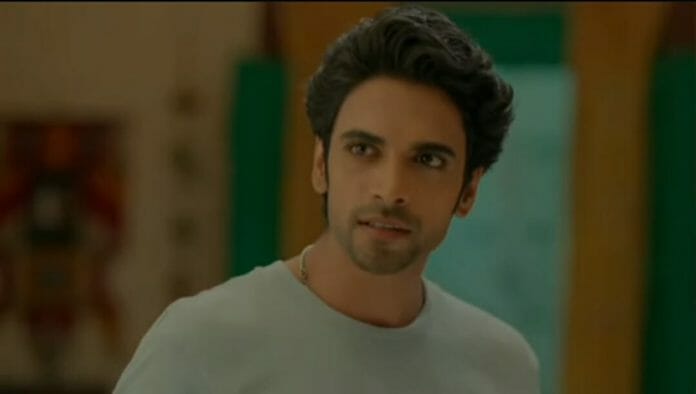 Star Plus popular daily soap “Faltu” is grabbing the attention of the audiences. Viewers are loving the track, whereas the twists in the story is keeping them hooked to their television screens. Previously, Pappi proclaimed to marry Faltu while the latter got shocked and denied his proposal.

Her uncle and aunty forced her to marry Pappi in order to throw her out of the house, while Charan took a stand for her. Meanwhile, Faltu decided to return Pappi’s loan by playing cricket and went to register her name in the match.

In the current track, Gopal denies to take girl in the cricket team and makes fun of Faltu. Whereas, they also hides away from. pappi and Pratap’s mother. Meanwhile, Faltu got disguised as a guy and names herself Anmol singh. No one could able to recognize her while she again went to Gopal’s place in order to get inside the cricket team.

Here, Gopal takes Faltu’s demo test while the latter becomes nervous. She couldn’t able to play well while the players taunts her. Meanwhile, Pratap insists Gopal to take Anmol in his team as they also needs an extra member to register their team in the match.

Gopal agrees to Pratap and takes Anmol in their team. Whereas, Faltu keeps practicing for the match. Meanwhile, Kanika gets suspicious about Mittals behavior and shares it with Tanisha, who ask her mother to ignore such things.

Ahead, Ayaan finds about the fixing of his and Tanisha’s marriage. His grandmother also notify about the drama, while he recalls his past. He gets flashes of his encounter with Janardan where the latter ask Ayaan to leave cricket and revealed that he is not his real son.

Ayaan agrees to Janardan’s order and left the cricket. He also joins the business in order to make his father happy. He talks to his mother and consoles her while she ask him to fulfill all the wishes of Janardan. Meanwhile, Sumitra hears their conversation and gets more suspicious.

Later, Ayaan suggest a trick to Anmol to play cricket, while the latter decides to take his help to learn it. Meanwhile, they returns back to her house and lies about being with Charan. Whereas, Pappi announces about their marriage within 4 days while Faltu becomes shocked.

Now in the upcoming episode, Faltu will help Ayaan to mingle with the people of Ittarpur. She will organise a food stall and all the ladies will start preparing food. Faltu will proclaim that now the villagers will accept Ayaan as their own, while he will question that what if they goes away after having the food? Meanwhile, Pappi’s men will see Faltu with Ayaan and notify the latter about it. Whereas, Pappi will get furious finding about it.

Will Ayaan agrees to Faltu’s request?

Will Faltu be able to win the match?