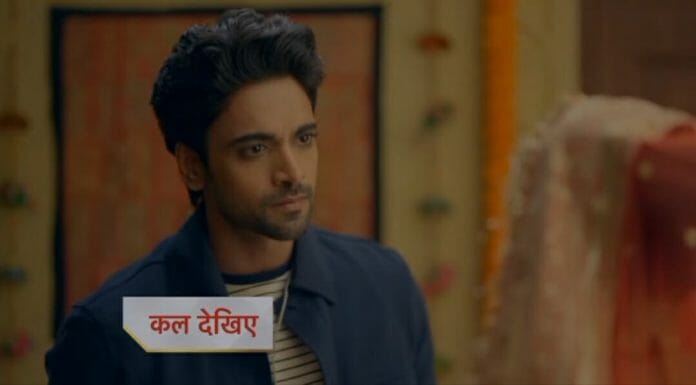 Star Plus popular daily soap “Faltu” is grabbing the attention of the audiences. Viewers are loving the track, whereas the twists in the story is keeping them hooked to their television screens. Previously, Pappi threatened Faltu in order to marry her. She agreed to fulfill his wish in order to save her father from going to jail.

Whereas, Ayaan learned about it and rushed to save Faltu. He left his flight and asked Suhanna to assure their family that he will reach for the engagement on time. Meanwhile, Faltu cried in front of her siblings for her fate.

In the current track, Pratap and Faltu’s sisters tries to console her. They assures that slowly everything will start working out. She reminds them about Pappi and states that he will just ruin her life. Meanwhile, Pratap feels helpless as he couldn’t able to help his sister.

Here, Ayaan comes inside Faltu’s room secretly and locks the door after send in her siblings out. She also falls into his arms while trying to take her inside the room and they both gets into an eyelock.

Mittals gets shocked finding that Ayaan left his flight and will come on the next flight. They tries to find about his whereabouts but learns that his phone is missing. Sumitra and Sid tries to instigate Kanika against Ayaan and gets successful.

Ayaan ask Faltu to stop her marriage and focus on cricket. He encourages her that she will be the best cricketer and proclaims that he have seen her potential. She reminds about the warning if Pappi while he assures that he won’t let anything happen to her father. He ask her to come to Mumbai along with him.

Later, Charan gets inside Faltu’s room and confronts Ayaan. He agrees with the latter’s decision and ask Faltu to run away from her marriage. She gets emotional meeting her father and also hugs her mother without notifying about her plan. She goes out along with Ayaan and they tries to escape from Ittarpur without getting caught by Pappi Or his goons.

Now in the upcoming episode, Ratan and his wife will get shocked finding about Faltu’s escape. They will confront Charan for being involved while he accepts it and says that he made Faltu run away from her marriage. Meanwhile, Janardan will declare that he have full faith on Ayaan. He will proclaim that if the latter will break his trust then he will break all his ties with him and will name the property and business to Siddharth. Everyone will get shocked by his decision, while Ayaan will try to flee away with Faltu via a car.

Will Ayaan be able to save Faltu?

Will Ayaan gets engaged with Tanisha?