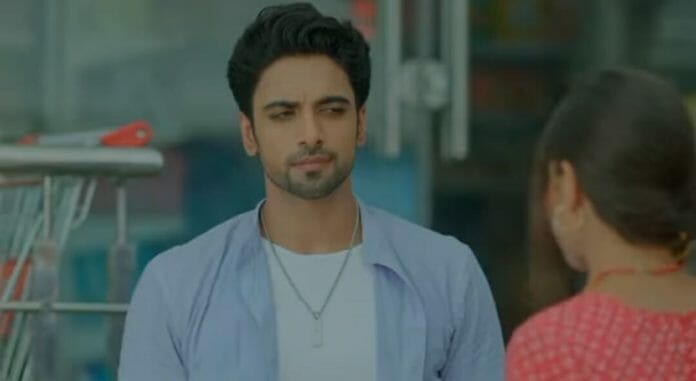 Star Plus newly launched serial “Faltu” starring Niharika Chouksey and Aakash Ahuja as the main lead is gearing up for some intense drama and interesting twists in the upcoming story. Previously, Pappi determined to marry Faltu while the latter tried to find a way to get rid of him.

She disguised herself as a boy to participate in cricket competition. Whereas, she made a deal with Ayaan and helped him to gather customers inside his mart and in return he promised to teach Anmol to play cricket.

In the current track, Ayaan proudly shows the success of their mart to his family. Janardan appreciates his son and ask how he did it? To which he notify them about Faltu and then makes her meet his family. She greets them while they blesses her, except for Tanisha who feels jealous of her.

Here, Siddharth notices Tanisha’s feelings and decides to use it to separate her from Ayaan. He and Sumitra also gets irked seeing the praises of Ayaan and then the latter bribes Pappi to teach a lesson to Ayaan.

Faltu reminds Ayaan about their deal while the latter agrees to help Anmol. At that time Pappi along with Faltu’s family comes there and scolds the latter for getting close to Ayaan. She takes a stand for herself while Ayaan saves her from Pappi as the latter tries to slap her.

Ahead, Ayaan gets shocked finding about Pappi and Faltu’s marriage and feels bad for the latter. Meanwhile, her mother takes her inside the house and Ratan gives 3 days time to her in order to return Pappi’s money. The latter gets tensed while Suhanna hears their conversation and tells Ayaan about it.

Ayaan decides to help Faltu while the latter determines to get the money anyhow. Meanwhile, Mittals starts the preparation of Ayaan and Tanisha’s marriage while thr latter misses Ayaan. Sid helps Tanisha to practice dance while everyone appreciates their performance.

Later, Tanisha calls Ayaan and complains that she have to practice alone for her wedding. He tries to make her understand that he can’t come there, while she gets upset and ask to come before their marriage. Whereas, Sidh hears their conversation and ploys to break their alliance.

Will Ayaan agrees to help Faltu?

Will Ayaan find about Faltu’s truth?