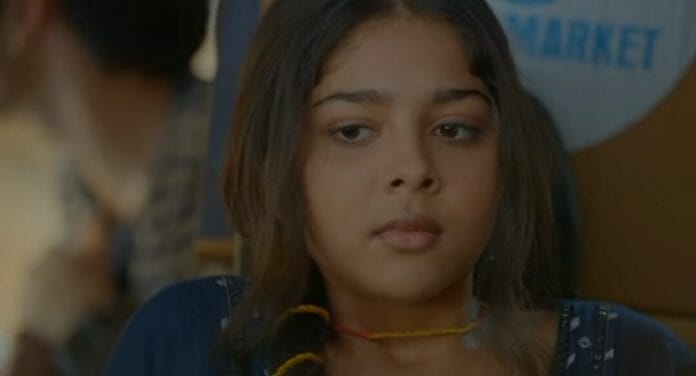 The peculiar twist in the tale of Star Plus newly launched daily soap “Faltu” is enthralling the audiences. Previously, Ratan and his wife forcefully fixed Faltu’s marriage with Pappi. The latter denied for the proposal while Pappi threatened to put Charan inside the jail for not returning his money, if Faltu doesn’t accept his proposal. She got a solution and decided to earn money through cricket and shared her plan with Pratap.

In the current track, Savita gets worried about Ayaan and Tanisha’s relationship. She states that if Kanika finds about his secret then she won’t let her daughter marry Ayaan. She expresses her tension while Janardan ask her not to think negative. He tells her that he will handle everything and assures her.

Here, Faltu and Pratap takes lift from Ayaan to reach Gopal’s place in order to register Faltu’s name for the cricket match. Pappi sees Faltu with Ayaan and gets furious. He tells Pratap’s mother about it and they follows them.

Faltu and Pratap requests Gopal to take Faltu on the team but the latter denies and says that girls don’t play cricket. They gets disappointed and then becomes shocked to see Pratap’s mother along with Pappi looking for them.

Ahead, Faltu and Pratap runs away from Pappi and hides inside Ayaan’s mart without his notice. They tries to hide while Pappi and Pratap’s mother comes there. Pappi misbehaves with Ayaan but the latter handles the situation calmly.

Pratap’s mother finds him while Faltu gets an idea and disguised herself as a boy. No one could able to recognise her and Pratap introduces her as his male friend Anmol Singh.

Later, Savita tries to hide Ayaan’s horoscope but Sumitra intentionally brings it out. They gets shocked finding about Ayaan’s birth date while Janardan lies and handles the situation. Whereas, Pratap again goes to Gopal along with Faltu being disguised. The latter denies to take him in the team without testing him and ask her to play a demo game. Whereas, Faltu gets shocked.

Now in the upcoming episode, Charan will decide to work but Ratan stops him declaring that he can’t work outside the house. Whereas, Pappi will announce about his and Faltu’s marriage while the latter cries. Meanwhile, Ayaan will confront Faltu and ask how can he help her? To which she will request him to teach cricket to Anmol, while Ayaan will fist his hand hearing about cricket.

Will Faltu be able to get rid of Pappi?