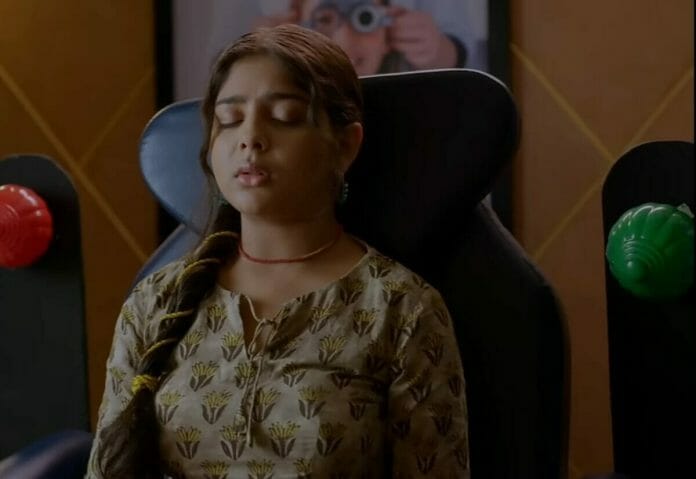 Star Plus popular serial “Faltu” produced under Boyhood Productions, is an unique drama. Niharika Chouksey and Aakash Ahuja are the main cast of the show. The enthralling and fresh story of the serial is captivating the audiences. Previously, Siddharth went to the temple in order to find some clue regarding Faltu’s marriage. He met the priest and got a phone from him.

He repaired it and showed it to Tanisha stating that they can clear their confusion after watching the recorded video inside the phone. Meanwhile, Faltu started working in a sweet shop and Ayaan bought sweets from there but couldn’t able to see her. Whereas, Ayaan shared his feelings with Rijula and the latter got worried for him.

In the current track, Janardan scolds Savita and Dadi for making Tanisha cry while Ayaan handles the situation and consoles her mother reminding that how much the business is important for Janardan. He then gets flashes of his moments with Faltu and determines to find the truth about her husband.

Here, Tanisha tries to get close to Ayaan but the latter pretends to sleep. She insists him to wake up but he doesn’t move. She then goes back to sleep, while he feels sorry for her and blames himself for hurting her feelings.

Faltu goes to the eye camp and meets the doctor. He checks her previous reports and says that she doesn’t have much time left for the treatment. He advice them to do it as soon as possible, while Charan requests him to help his daughter.

Ahead, the doctor assures that everything will get fine and decides to monitor Faltu. Meanwhile, he sends them to another doctor stating that he will perform the surgery. Whereas, Siddharth’s agent notify him about the matter.

Siddharth visits the doctor before Faltu along with Tanisha and bribes the doctor to help them in order to find about the truth.. He ask the doctor to do a lie detector test on Faltu so that they can learn about her marriage.

Later, Faltu visits the doctor and he takes her inside the room. Ayaan and Tanisha keeps an eye on them while the doctor starts questioning Faltu. She gets suspicious as he ask about her marriage. She denied to give any response, while Siddharth ask the doctor to do anything to make her confess the truth.

Now in the upcoming episode, The doctor will keep questioning Faltu and ask her to tell the truth. She will get into semi-conscious state and blabbers about her marriage. He will ask that who filled her hair line inside the temple, while Siddharth and Tanisha gets restless to hear the truth. Faltu will take Ayaan’s name while Sid smirks and Tanisha gets shattered. Siddharth will hold the latter as she cries and tries to console her.

Will Faltu confess the truth?