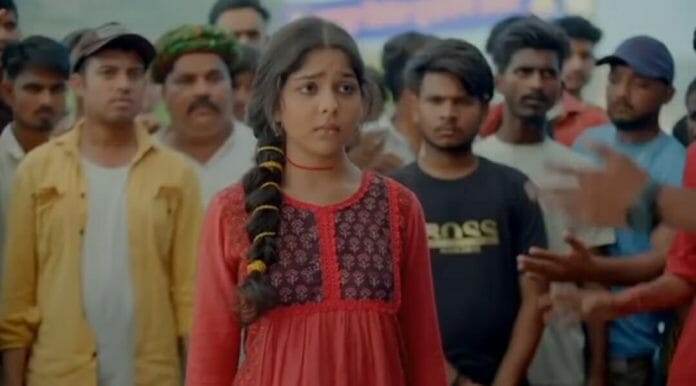 Star Plus newly launched serial “Faltu” starring Niharika Chouksey and Aakash Ahuja as the main lead is gearing up for some intense drama and interesting twists in the upcoming story. Previously, Faltu got teased and humiliated for her name and faces lot of difficulties due to her gender. Meanwhile, Ratan forcefully captures Charan’s place and Faltu got furious at her uncle and determined to help her father.

In the current track, Faltu decides to participate in the cricket match as told by her cousin brother. She decided to win it for the prize money, so that she can show in her house that even a girl can earn. She argues with the crowd and judges to let her play along with the guys and finally gets the chance to do it.

Here, the guys determines to humiliate her but she plays well and throws a sixer. Everyone gets stunned by her batting skill, while she recalls motivating words of her father as well as her cousin brother who told her that she have nature talent to play cricket.

At one point Faltu couldn’t able to see anything and the ball hitted her head. She falls down in pain while her brother supports her. She somehow manages herself and hits the last ball and wins the competition. Whereas, Su confronts Ayaan about his decision to leave cricket.

Ahead, Ayaan recalls his vow to never play cricket and hides the truth from Su. They reaches the cricket playground and crosses path with Faltu but couldn’t able to see her game. Meanwhile, Mittal’s waits for Janardan to distribute their monthly money to them.

Janardan notify about the tradition of their family and states that it’s going on since his father time. Sumitra gets irked by him while Janardan takes a decision to hand over his position to Ayaan after his marriage with Tanisha.

Later, Ayaan recalls Tanisha and calls her informing about his arival. Meanwhile, Faltu buys the name plate for her father from her prize money and puts it in their house, while Ratan gets furious and burns it. Charan apologizes for Faltu’s mistake and saves her from their beatings. Whereas, Ratan plans to teach a lesson to Faltu.

Now in the upcoming episode, Faltu will lash out at Ayaan and ask him to take his words back. He will keep calling her Faltu and proclaims that he won’t stop. She will threaten him while he follows her steps. Su will stop them and states that they have to reach at some place. Faltu will give them wrong direction, while after a lot of trouble Ayaan and Su will reache Ratan’s guesthouse.

Faltu will get shocked seeing them and turns away to avoid them. Ratan will get furious at the person who troubled Ayaan and ask about her, to which he will take Faltu’s name.

Will Ayaan and Faltu meet each other?

Will Faltu be able to take a stand for her father?