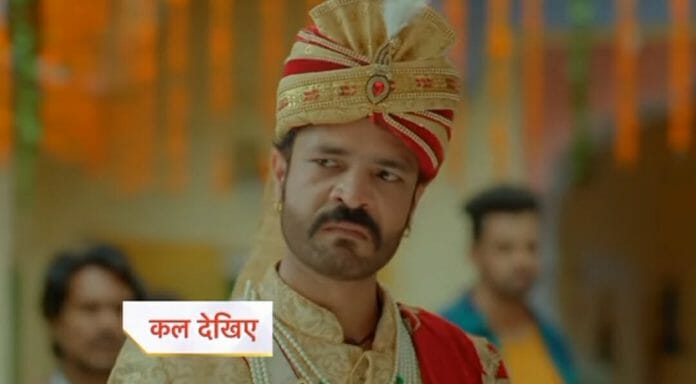 The peculiar twist in the tale of Star Plus newly launched show “Faltu” is enthralling the audiences. The brilliant star cast along with the plot is capturing the attention of the audiences. The story is now gearing up for some intense drama.

Previously, Faltu determined to make Ayaan proud and prepared herself for the cricket match. Whereas, Ayaan prayed for Faltu’s victory and proclaimed that she will surely win the match. Meanwhile, Pappi got furious after finding about Faltu’s missing and declared to punish Charan.

In the current track, Faltu gets scared after seeing the opponent cricketers. She couldn’t able to play their balls and gets hit. The crowd makes fun of her while she recalls Ayaan’s words and motivates herself to play for her family. She determines to return Pappi’s money in order to get rid of him.

Here, Ayaan keeps thinking about Faltu and gets information about her through his informer. Meanwhile, Savita and Janardan convinces Kanika to come for lunch in their house. Savita worries about Ayaan’s past while Janardan ask her not to think about it.

Savita calls Ayaan and ask about their flight, to which he notify that it is two hours delayed. Savita gets shocked hearing it while Sumitra smirks hearing about it and makes a plan against Ayaan.

Ahead, Savita also tells about the timing of Ayaan and Tanisha’s engagement and ask him to be there on time. He assures her and also tells his mother to say sorry to Tanisha and her mother from his behalf.

Kanika gets doubtful about Ayaan and Tanisha’s wedding when the latter couldn’t able to select a ring for Ayaan, stating that she doesn’t know about his preferences. Whereas, Faltu plays incredibly gets appreciated by everyone.

Later, Pappi goes to the ground and confronts Anmol. He reveals Faltu’s disguise while everyone gets shocked seeing her. Charan and Jamana tries to save her but Pappi declares to marry her forcefully. She tries to run away but his goons captured her. Whereas, Ayaan also finds about the havoc in Singh family and gets worried for Faltu.

Now in the upcoming episode, Ayaan’s informer will give money to Charan and ask to stop Pappi and Faltu’s marriage. Pappi will throw away the money and proclaims that it’s about his self respect. He will determine to marry Faltu forcefully, while Ayaan hears it on the phone and rushes to save the latter. He will run away from the airport and takes the cab while Faltu will get ready as the bride unwilling and cries.

Will Ayaan be able to save Faltu?

Will Faltu gets married to Pappi?