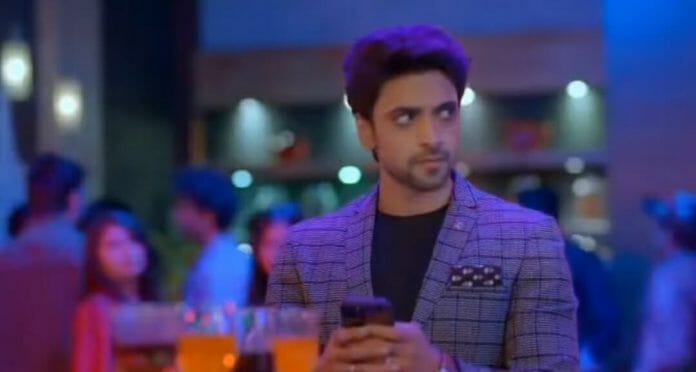 Star Plus popular serial “Faltu” starring Niharika Chouksey and Aakash Ahuja as the main lead is gearing up for some intense drama and interesting twists in the upcoming story. Previously, Ayaan got furious at Tanisha for hurting Savita and scolded her. Kanika took a stand for her daughter and then praised Siddharth for doing great at the first day of his office.

Sumitra distributed sweets being happy for her son, while Kanika asked Janardan to give more projects to Siddharth. Ayaan interrupted her and told about the loss company will face due to Siddharth’s decision while Janardan ask him to focus on Tanisha instead of the company.

Whereas, Charan got Pappi arrested by the police. Tanisha planned a surprise for Ayaan and took Siddharth’s help, while he forgot his phone in Ayaan’s room mistakenly.

In the current track, Ayaan gets ready to go to the club unwillingly along with Tanisha and his cousins. Meanwhile, Pappi calls Siddharth for help but Ayaan receives the phone and gets shocked upon hearing his voice. The latter tells about how Faltu got him arrested and notify about the hotel she is staying in.

Here, Ayaan cuts the call while police denies to leave Pappi and his goon. He gets worried about Faltu and decides to check on her once. He feels that she needs his help while Siddharth and Tanisha comes there and ask Ayaan to come along with them.

Siddharth takes him phone without getting suspicion while Ayaan makes an excuse to Tanisha and goes out of the club. He visits the hotel and tries to search for Faltu. Whereas, the latter decides to leave the hotel in order to get rid of Pappi.

Ahead, a staff from the hotel helps Faltu and her family. He takes then out of the hotel from the back side and takes them to a place where they gets a house to stay. They gets comfortable there and Faltu agrees to stay there.

Ayaan questions about Faltu from the receptionist and goes to her room. He gets worried upon not finding them and gets tensed. Meanwhile, Tanisha waits for Ayaan while Siddharth instigates her against him. At that time Ayaan comes there and gives a befitting reply to Siddharth.

Later, Siddharth gets suspicious about Ayaan’s behavior and worries that if he talked to Pappi from his phone? Meanwhile, Ayaan cuts the cake brought by Tanisha specially for him. But, he keeps thinking about Faltu and decides to find the truth.

Now in the upcoming episode, Faltu will start practicing for cricket inside her room. She will feel happy as she does well even without her eyesight. Whereas, she will open the door as few boys comes there. She will ask them to come back after sometime as her father is not at home. They will say that they needs her help as they wants a player who can join their team for a match. He will say that the winning team will get some prize money and she can do anything with it.

Will Ayaan be able to find Faltu?