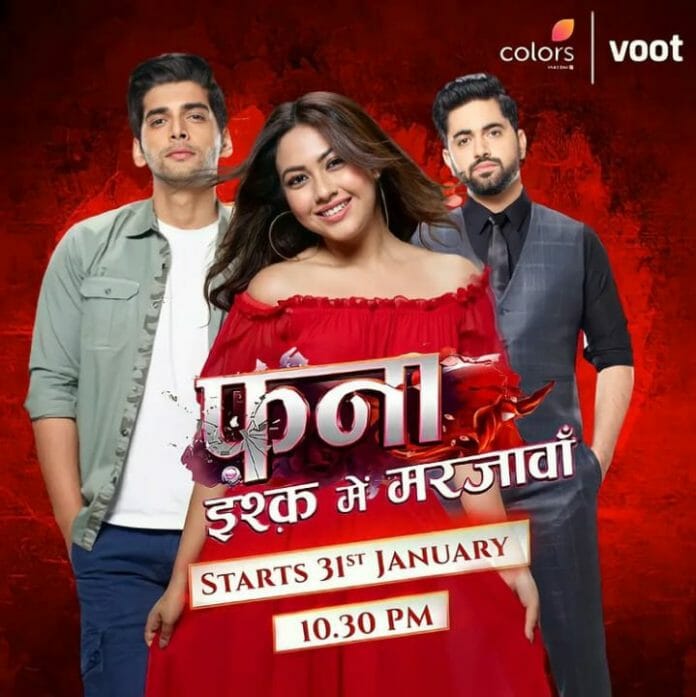 The episode starts with Agastya strangling the hoodie man with the chain. Agastya says that he brought him from the road and gave him everything, but he failed to be loyal to him in return. The hoodie man says that he fulfilled Agastya’s all orders. Upon Agastya’s order, he always kept an eye on Pakhi and solved all her problems. He bribed Pakhi’s own employees to watch her closely. He punished those who failed to keep an eye on Pakhi. He even tried to kill the one who had bad intention on Pakhi. He went to that mansion looking for Pakhi. He found her bracelet there and thought that she left. He can’t forget Agastya’s favors. He punished himself when he did mistake. He asks Agastya to kill him if he thinks that punishment isn’t enough.

Agastya leaves him. He says that he won’t get Pakhi after killing him. He throws all the CDs and says that he captured Pakhi’s every moment in these footages and he dreamed to propose her, but all his efforts are gone vain because of his one mistake. Agastya asks how Pakhi can love Ishan. He asks what’s special in Ishan which he doesn’t have that Pakhi liked him. He cries sitting on the ground.

Pakhi asks Ishan to follow her on her social site account. Ishan says that he will do it when he feels to do it. Pakhi says Ishan to not show her lot of attitude and decides to not accept his request when he will send. Ishan holds her hand. He puts the chair next to Pakhi and sits on it close to Pakhi. They have dinner and come closer. Ishan feeds ice cream to Pakhi. She coughs and Ishan gets worried.

Pakhi says that she’s fine, she can’t eat anymore ice cream. She starts coughing after eating ice cream and then Agastya will scold her for not taking care of her health. Ishan says Agastya is very possessive about Pakhi. Pakhi denies it and says that he’s protective about her. She says that Ishan should meet him. Ishan says if Agastya will have time to meet in his busy schedule.

Pakhi says that Agastya will get time for the things that are important for her. Ishan asks if he’s important for him. Pakhi asks him if he ever congratulated any woman for their pregnancy after checking her pulse. Ishan denies but says that he can feel some people’s heartbeat without stethoscope.

Agastya says that he can feel Pakhi’s heartbeat from far and protect her and asks if Ishan get do the same. He receives Pakhi’s call. He composss himself and receives it. Pakhi says that she got more sure now that there’s some connection between her and Ishan. He has became special for her in a short span of time. She says that she wants Agastya to meet Ishan and asks if he will meet Ishan. Agastya agrees and says that she can’t refuse her. He says that he will plan the meeting to make her day more special. Pakhi gets happy and says love you before hanging the call. Agastya says love you too and laughs.

Agastya’s sister, Naveli and her mother, mona come back home and meet Dadi. Naveli says that she has returned two days earlier from their trip to meet Agastya. Mona taunts saying that else Agastya won’t be here. Dadi stops Naveli from meeting Agastya saying that he is not well and asks her to meet him morning. Mona taunts Dadi saying that only Agastya matter to her. Dadi says to Mona not now and asks to take Naveli.

The hoodie man says to Agastya that he will kill Ishan. Agastya says that Pakhi should realize her mistake before that. She should realise that he is her life’s special person, not Ishan. She should forget Ishan and accept him. Ishan drops Pakhi at her house. Pakhi thanks him for the date. Ishan says that maybe she wants to thank him for the special night. He plays a song when Pakhi is about to get out of the car and says that it played automatically. He asks if it’s not Universe sign. Pakhi says that she doesn’t know about Universe, but there’s no parking sign her. She says good night and leaves.

Pakhi enters her house lost in her thoughts. Pakhi’s mother asks her to have dinner. Pakhi says that she had dinner. Pakhi’s mother asks if she had dinner with Agastya. Pakhi denies. Pakhi’s uncle asks she must have eaten with the guy who dropped her at home. He asks who he is. Pakhi says that he is her friend. Pakhi’s father save her from their question. Pakhi’s uncle thinks that he should tell this to the hoodie man.

Agastya is watching Pakhi talking about Ishan to her teddy through the spy camera. She thanks the Universe for trapping her in that mansion the other day else she would have met Ishan. Agastya says that he loved Pakhi madly all these years and asks how she didn’t see it. He says that she will the limits of his madness now. She can’t hear his heartbeat, but now she will hear his broken heart’s voice.

Ishan says to the nurse that he is only children’s doctor not adults. The nurse says that he is insisting to meet him only. Ishan asks him to send him in. Agastya meets Ishan as patient. Ishan checks his wound and prepares the medicine to treat it. Agastya compares Ishan to himself and says that he’s better than Ishan in all aspects. Agastya takes a surgical knife and hides it.