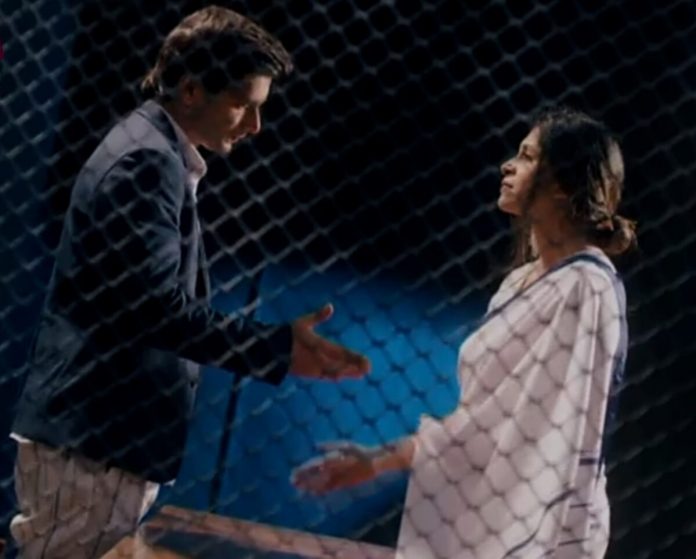 Previously it was seen that Ishan told Pakhi about Agastya going to open a new ward for kids and providing artificial legs for them. On hearing this Pakhi got confused with Agastya’s intention. She wondered that one side Agastya was helping Ishan to become independent, but other side he was stalking him. The next day Pakhi attended the press conference. Some officer arrived there to arrest Ishan for fraudulent.

The officer thanked Agastya for giving them tip about Ishan via mail. Agastya denied of sending any such mail to him. The officer showed the mail which had Agastya’s digital sign. Agastya was shocked and Pakhi misunderstood Agastya after seeing the mail. Agastya tried to explain Pakhi that his innocence, but in vain. He begged Pakhi to give him a chance to prove. Pakhi refused to believe Agastya hereafter and walked away. She fainted which shocked Agastya.

In the upcoming episode it will be shown that after gaining her consciousness Pakhi will get scared seeing Agastya. On learning what happened in the press conference, Sameer will ask Agastya to leave his family and Pakhi alone.

Agastya will request to him talk to Pakhi. The latter will ask Agastya to leave letting her to be alone for some time. Sameer will throw Agastya out of the house. Meanwhile Ishan will meet Meera in the jail. They will join hands against Pakhi and Agastya.

They will devise a evil plan to separate Pakhi and Agastya forever. The goons will kidnap Shanaya as per Ishan and Meera’s plan. Ishan will be shocked when Agastya will enter the scene to save Shanaya before him. The goon will stab Agastya.

What will happen next? Will Agastya find out that Ishan is behind all this?

Stay tuned to this space for latest update of your favorite TV shows.