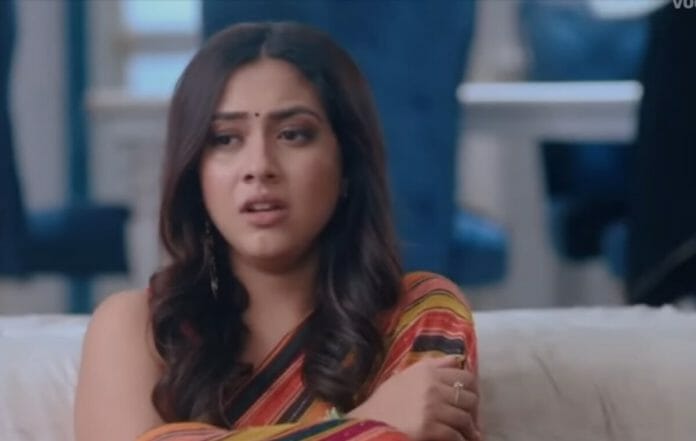 In the previous episode it was seen that Agastya cried and refused to return to the mental asylum. Pakhi assured him to save. Agastya was taken to the mental asylum. Meanwhile Pakhi, Meera and Yug came to the court. The lawyer said that Pakhi requested to keep Meera and Yug in remand until the case hearing as she was scared of them. Judge accepted Pakhi’s appeal. Pakhi tried to tell the judge that Meera shot her, not Agastya. She stopped on getting a video in which Agastya shown kidnapped and tied up to a chair. A scared Pakhi told to the judge that Agastya killed her. Later it was revealed that Meera got to know about Pakhi’s plan though Mona, who had overheard Pakhi and Dadi’s conversation and foiled it. Pakhi begged Meera to not harm Agastya. Meera told her to reach the given address before it would get too late.

In the next episode viewers will witness that Meera will reach the place where Agastya held captive. She will not come in front of Agastya. Due to the darkness Agastya will think that Pakhi has come and he will ask her to save him. Meera will ignite the fire and will leave Pakhi’s jewels there so that the blame will go on Pakhi. Meera will leave taking Yug. Pakhi will come in right time and will save Agastya. Later Meera will kidnap Pakhi’s parents and will threaten her to kill them if she doesn’t sign the property papers. Pakhi will sign the property papers without any other way.

What will Pakhi do next? Can Pakhi save Agastya from Meera and exopose Meera’s crime?