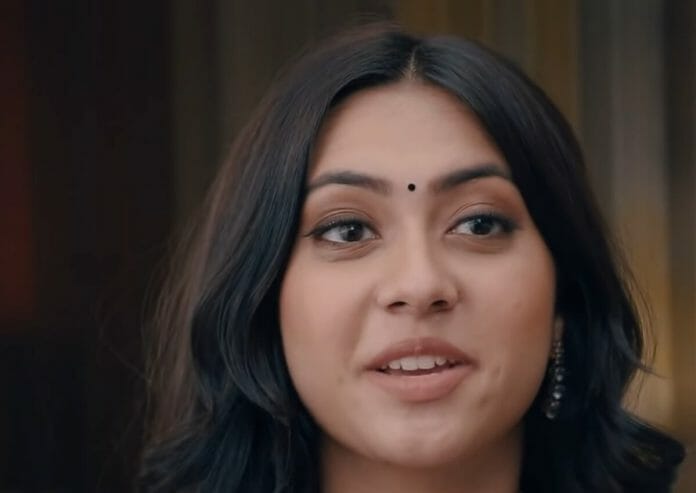 Colors daily soap Fanaa Ishq Mein Marjawan is all set for some interesting twists and turns in the plot with Pakhi coming up with a plan to defeat Meera.

Previously it was seen that Yug alerted Meera by noticing Agastya on the video call. Meera and his goons searched for him. Meanwhile Agastya placed bombs in different places and made them explode shocking Meera. Whie leaving the factory, Agastya came across Yug and the latter tried to remove his mask to know who he was. Suddenly a car came and saved Agastya. The latter was stunned knowing Pakhi saved him. Agastya revealed the truth to Pakhi and she got overwhelmed. They shared a passionate hug. Agastya apologized to Pakhi. Pakhi said that their priority should be saving their both family and they team up for the same. Agastya promised Pakhi to protect from all problems. Pakhi and Agastya reached home before Meera and Yug. Later Pakhi wandered how to stop Meera. Dadi quoted about Krisha saying to Arjun during the war and asked to find Meera’s fear to defeat her. Pakhi thought that she knew it and got determined to use it against Meera and make her confess her crimes.

In the upcoming week it will be shown that Pakhi will meet Agastya secretly and will say that they have to use Meera’s biggest fear to defeat her and her biggest fear is Agastya as he is standing between her and the property so she tried to kill him twice. She will tell that she has a plan and for that she needs Agastya, Naveli and Shanaya’s help. Pakhi will tell Naveli and Shanaya about Agastya pretending to be in Coma and will seek their help for their plan. They will agree. Pakhi will fake Agastya’s death. Mohit and his men will take Agastya out on the pretext of his last rites. Later Pakhi will meet Agastya and will discuss about their next plan.

What will Pakhi and Agastya do next? Will they be able to stop Meera?