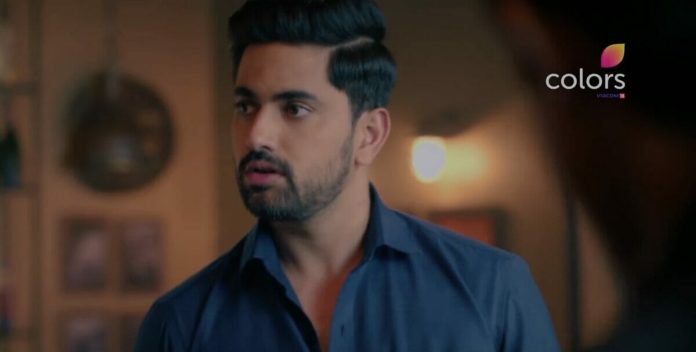 Colors popular show Fanaa Ishq Mein Marjawan is gearing up with more drama with Ishan trying to create misunderstanding between Pakhi and Agastya.

Previously it was seen that Ishan pretended to come across Pakhi and will engaged a talk with her. Pakhi shared with him about what happened earlier. Ishan got irked when Pakhi said that she still could not believe what she saw.

Ishan said that Agastya could have done it as he is smart and it wouldn’t have been easy for Mohit to track Raghav’s location. Pakhi said that she doubted Raghav to be liar since the beginning. She regretted doubting Agastya and got ready to leave. Ishan made Pakhi trip and he catched her in his arms.

Other hand Agastya was worried for Pakhi when she didn’t answer his calls. Agastya received some photos that showed Pakhi with Ishan. Agastya got angry on seeing theme. But he did not ask Pakhi about the photos and hid them from her. Pakhi apologized to Agastya for doubting him. They reconciled. Ishan got furious on learning that Agastya didn’t doubt Pakhi despite seeing the photos.

In the upcoming episode it will be shown that Agastya and Pakhi will be spending a romantic moment. A man’s arrival will disturb their moment. The man will claim that Agastya asked to develop some Pakhi’s photos. Agastya will deny it. Pakhi will suggest seeing the photos to clear the confusion.

To prevent any misunderstanding between him and Pakhi, Agastya will stop Pakhi from seeing the photos and will ask the manager to take that man out. The man will drop the photos deliberately and Pakhi will see them. Agastya will try to explain Pakhi that he didn’t ask him to click those photos.

Pakhi won’t believe Agastya and will walk away. She will that Agastya put that hidden camera in the bedroom. She will break down. Later Ishan will approach Agastya with a new plan to trap him.

What will happen next? Will Agastya find out that Ishan is behind all this?

Stay tuned to this space for latest update of your favorite TV shows.