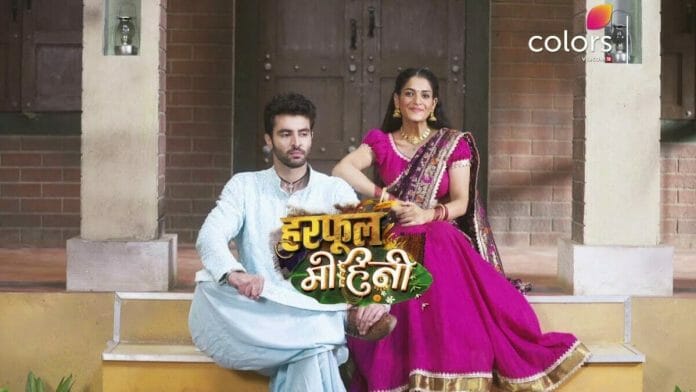 Zebby Singh as Harphoul is impressing the audience. His Haryavani ascent is engaging. Actor is receiving praises from the fans for portraying Haphoul.

“Harphoul is the best character, He’s funny, careless, kind hearted, so obedient to his mother, plus the guy is hot His haryanvi accent is to the point #HarphoulMohini”

#HarphoulMohini seems to be a cute show, liking both the leads so far. Scenes are directed so nicely, a fresh show after a long time #ShagunSharma #ZebbySingh

Few section of the audience trolling the show for mixing Madras and Kerala culture. In the recent past, Mohini refused to marry Harphoul and said she won’t be able to do ‘Kalyanam’. Kalyanam word belong to Madrasi culture, “She uses tamil words aiyo and kalyanam but belongs to a malayam family? Rubbish. If you cannot do a proper research about malayam culture and language then don’t do it. This is such an insult for South Indians”- Wrote the social media user.

Are makers confusing their own storyline? Your take on the show Harphoul Mohini

Show will soon see a dramatic meeting of Haphoul and Mohini. As reported earlier Harphoul and Mohini’s love story will start with hate and disagreement. But we all know both will fall for each other.

Harphoul and Mohini’s wedding takes place on a condition. Mohini first refused to marry Harphoul and says his house don’t have toilet.

The current episodes are focusing on Mohini struggling to build toilet. She is also facing accusation from the villagers. Will Harphoul and his mother will give their support to Mohini? Time will only tell.

Stay tuned with us for more TV news, spoilers and updates