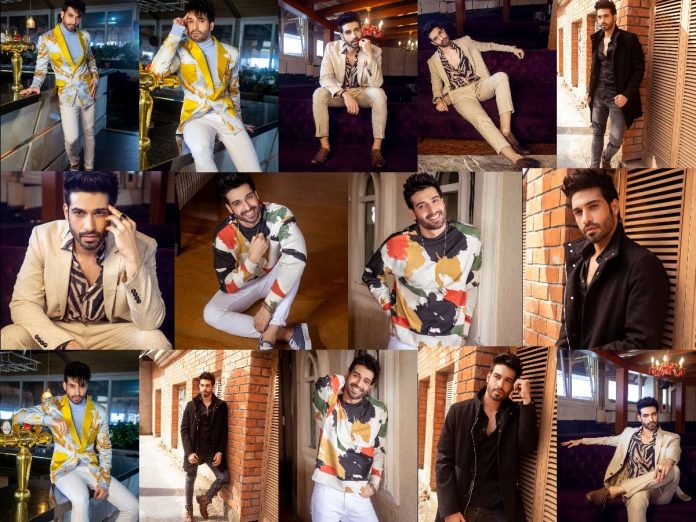 Vijayendra Kumeria has made a name for himself in the industry with his performance in shows like “Udaan” and “Naagin: Bhagya Ka Zehreela Khel”. The actor is currently portraying a blind photographer, Darsh Rawal, in his Star Plus show “Aapki Nazron Ne Samjha”. He has made the audience go gaga over him not just with acting prowess, but also with his humble personality. But if you are still wondering what is it about this handsome actor, here are five reasons we love Vijayendra Kumeria:

A versatile actor: Since his debut in the industry with “Chotti Bahu”, the actor has proven his versatility through the various roles he has taken up. And his current role in “Aapki Nazron Ne Samjha” where he plays a blind photographer proves that he is always up for exploring out of the box and challenging roles.

Not picky, but chooses projects wisely: Vijayendra picks up projects which take him out his comfort zone. So be it a Darsh Rawal in “Aapki Nazron Ne Samjha” or a Suraj Rajvanshi in “Udaan” or Dev Parikh in “Naagin: Bhagya Ka Zehreela Khel”, he chooses projects that he feels can leave an impact on the audience and they remember him for it.

Speaks when he wants to: Being a public figure, an actor is expected to be vocal about anything and everything going in the country, but Vijayendra only shares his opinions on topics he feels from within. Vijayendra is not one of those who will say things just to be in the news.

His impeccable fashion sense: From suits to jackets and t-shirts with jeans, his fashion game is always on point. Even though he doesn’t believe in following trends, his Instagram handle can be used as a fashion inspiration by many. For Vijayendra, comfort takes over style and he likes to wear clothes which feel like a second skin.

A complete family man: Even though work keeps him super busy, Vijayendra ensures that he spends some quality time with his wife and daughter. Be it decorating the Christmas tree with his daughter, or driving down to Ahmedabad to bring his parents to Mumbai for Diwali, Vijayendra does it all, and it shows how important his family is for him.