Drama will galore in these shows in the upcoming week, so don’t miss watching them out.

Here listing the names of the show without wasting more time check them out!. Star plus show Kahaan Hum Kahaan Tum that revolves around the story of Rohit and Sonakshi this week will witness high voltage drama.

So far, in the show Pooja (Rohit’s cousin) accused Sonakshi for her wardrobe malfunction. Rohit decides to punish Sonakshi and sends her legal notice. Now in the upcoming episode will see Rohit will withdraw the case and will join hands with Sonakshi to find the real culprit. In the process the duo will come closer to each other and Rohit will propose Sona.

In this colors TV show high voltage drama will be there. After Pragati discloses the truth that she is Bani, drama is high in the serial. Pragati gets adamant to avenge Raghbir but this week she’ll learn another shocking truth. Pragati will overhear the talk where she will learn that Raghbir himself don’t know that Bani is being murdered. Till, now Pragati gets the clue against Raghbir and decides to expose him in front of all for killing Bani.

Twist in the colors TV popular show Shakti Astitva Ke Ehsaas Ki. Doctor reported that Harman has three months left if he didn’t stop drinking immediately. Harman puts condition in front Saumya and ask her to visit him daily till three months if she wants to cure him. Now how Saumya will manage to meet Harman will be interesting to watch.

Additionally, Actor Vivian Dsena who plays the character of Harman in the show has called it quit because of the time leap in the show. If sources are to be believed Harman and Saumya both will soon die in the show. Don’t afford to miss last few Harman centric episodes.

Kartik finally comes face to face with Naira! But what turn will Kaira’s story take now? Watch #YehRishtaKyaKehlataHai, Mon-Fri at 9:30pm on StarPlus and also on Hotstar – http://bit.ly/yehrishtakyakehlatahai @khan_mohsinkhan @shivangijoshi18 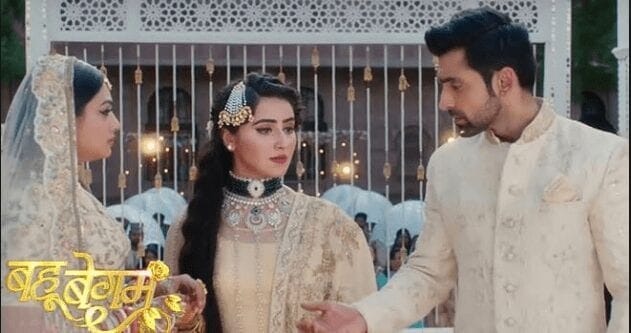 Colors TV Bahu Begum will too hook you to the seats this week. Noor has given Shayra two days’ time and asked her to get her marry to Azaan. She has also blackmailed Shayra and has said if she won’t do that than she will kill herself.

What Shayra will do and how Azaan will react, well to know more don’t miss watching this week episodes of Bahu Begum.

So these are the top most shows which you can’t afford to miss watching this week as drama will be high in these soaps.