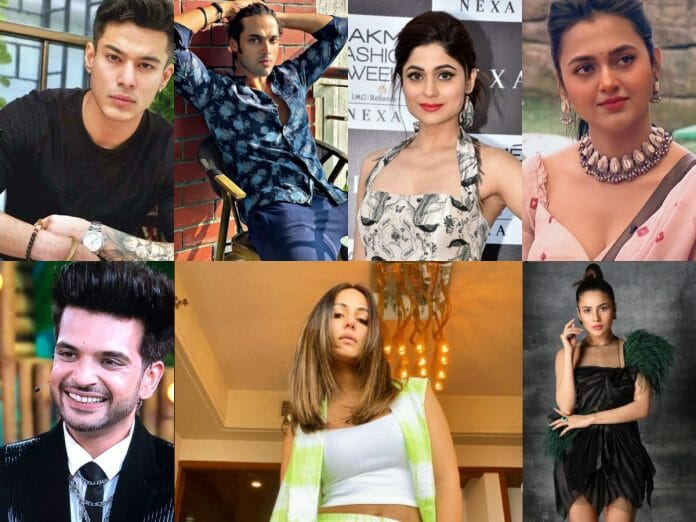 Here we bring the list of actors trending on social media. Right from Karan Kundrra to Pratik Sehajpal; actors are making maximum buzz online. Read out the reasons!

Bigg Boss fame Hina Khan is trending online post she shared with her fans about her upcoming project. Fans get elated learning that soon diva will mark her presence on big screen. Under the hastag #HinaKhan fans congratulated the actress for her new journey.

Handsome Parth is trending online for his music project ‘Sabki Baaratein Aayi’ alongside Zaara Yesmin. Fans gave shout out to Samthaan for doing ‘Shaadi’ song for the first time. The song already hit 3.8 Million views and counting on YouTube. Along with Parth, fans adored the chemistry of the hunk with Zaara. Duo well complimented each other in the song. Hastag #ParthSamthaan trended online.

Heartthrob was last seen in Star Plus show ‘Kasauti Zindagi Kay’ in the character of Anurag Basu.

Bigg Boss 13 fame Shehnaaz Gill trended for her collaboration with music composer ‘Yash Mukhate’. Yash Mukhate’s musical take on Shehnaz’s Gill ‘boring day’ during her stint in Bigg Boss 13 impressed the millions fans out there. Gill and Yash was enjoyed under the hastag #ShehnazGill. The trend shined on top at the twitter trending list.

Ever since Shamita made her presence in colors reality show Bigg Boss 15, actress is in top trending list. Her strong opinion and stands fetch audience attention. Fans call her Boss and keeps Shetty trending on social media with maximum tweets. Shamita secured her place in finale week.

Another Bigg Boss 15 contender Karan is making buzz online. Kundrra is called the ‘mastermind’ of the season. His game strategy is making Karan fans to celebrate his journey. Under the hastag #KaranKundrra hunk keeps trending.

Bigg Boss 15 contender Pratik is fans favorite. The desperation he show in the task is capturing audience heart. Pratik too hass secured his place in finale week.

Last but not the least; Prakash is ruling internet too for her stint in Bigg Boss 15. Fans can’t stop talking about her game strategy in the show. Tejasswi recently entered in the finale week.