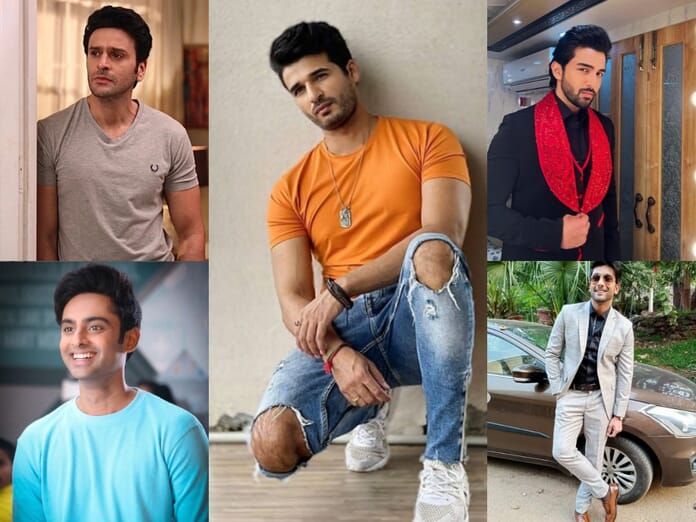 Television keeps welcoming good talent on board. The fresh talents seizes heart with their outstanding performance. Currently, few actors are receiving warm welcome from the fans. Here we are listing out the name, choose your favorite

Gracing the screen in Sony TV medical drama ‘Dhadkan-Zindagi Kii’, actor Vidyut is earning separate fan base. In a short span he fetched audience attention for flawlessly portraying an emotion of Dr.Sathe in the house. The character is an absolute treat to watch for the show audience. Xavier’s acting skills is making fans to connect with the character. He is makers best choice for Sathe’s role.

Actress Additi Gupta is sharing the screen with Vidyut Xavier.

Srif Tum’ fame Puneet who plays the character of Ansh Oberio is liked by the fans. He is in a grey shade yet leaving an impression on the audience with his performance. Show fans love to hate him. Puneet is doing good work in Rashami Sharma’s romantic saga.

Actor Rohit is seen in Zee show ‘Bhagya Lakshami’. In the character of Rishi he is delivering good piece of entertainment. His acting game is on point. Rishi and Lakshmi’s [Aishwarya Khare] is fans favorite. They match each other perfectly. Fans keep trending this couple on and off on social media.

Suchanti was also a part of Bigg Boss 12.

Last but not the least; Thoda Sa Badal Thoda Paani fame Karan’s acting in the show is liked by the fans. He is playing the character of Dr. Anurag in the show opposite to Ishita Dutta who plays the role of Kajol. Their Jodi is hit among the audience too.

Tell us which actor is having your heart!

Stay tuned with us for more TV news, spoilers and latest updates!