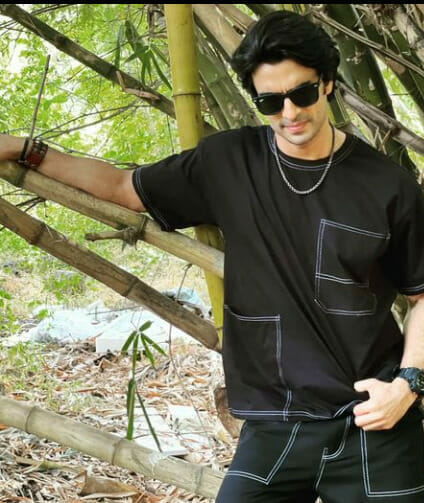 Actor Gashmeer Mahajani is buzzing hot for bagging Mamta and Yash Patanik’s upcoming show Ishq Mei Ghayal. The show teaser made lots of buzz. The show is all about two wolves and their love story.

Actor Gashmeer is playing the character of Armaan in the show. His first look impressed his million fans. Gashmeer’s first Hindi show Imlie was super-duper hit and so his character Aditya. Mahajani is playing returning back to the screen alongside very talented Reem Shaikh and Karan Kundrra. The trio is all set to put the screen on fire.

Gashmeer will be seen playing the character of Armaan. Lately actor interacted on social media with his fans. Under #AskGash hunk talked about his character and more. Fans can’t stop falling for the heartthrob.

A fan out there asks Gashmeer to tell more about his upcoming character. Quoting the tweet Gashmeer told his character is romantic.

#AskGash Tell us more about Armaan?? I think He’s tooo cute n romantic… surely going to b my most fav char of yours till date #GashmeerMahajani #IshqMeinGhayal

“Romantic yes… cute? let’s wait for the episodes to air”

He has some more savage replies; check out here:

I’m glad to see you again on Twitter #AskGash If someone wants to become close to your heart what should he do? #GashmeerMahajani

“I would ask them to stop trying and be themselves.”

#AskGash When is it time to stop calculating risk and rewards and just do what you know is right?

“Right from the time u start breathing.”

What has your fav character been to play? Or is it yet to come?