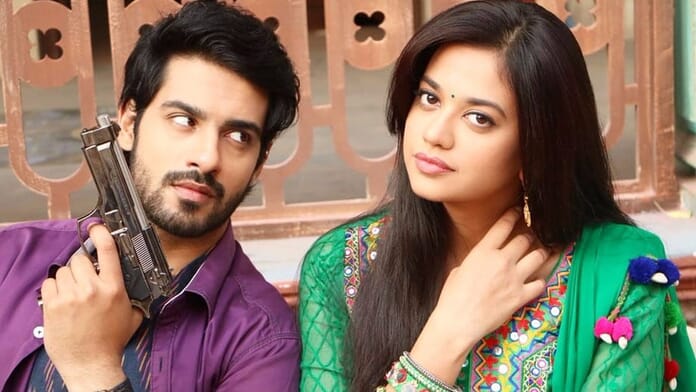 Colors TV popular show Gatbandhan has witnessed a dramatic reunion of the lead couple Dhanak and Raghu. The show which is popular for its twists and turns once again got the audience hooked with the current track.

Earlier its shown that driven by jealousy Maya tried to kill Dhanak with the help of Mai who holds equal hatred for Dhanak from start. They plan various traps which only resulted in both Raghu and Dhanak to come closer and closer. An evil Maya pushed the satellite dish to fall on Dhanak with Dhanak ending critical in hospital. Raghu performs a dangerous stunt to collect money for her hospital expenses and succeeds in it too. Mai furious of the turn of the events took a promise from Raghu to marry Maya. Dhanak determined to get her love back played clever and finally gets united with Raghu.

In the upcoming episodes, it will be seen that both Raghu and Dhanak wants to get married to Mai’s blessing and Dhanak gets into a private talk with Mai. Dhanak and Mai get into a deal as Dhanak threatens Mai with the newfound evidence of her involvement in the drug racket case. In a helpless situation, Mai agrees to Dhanak’s demand and gets her married to Raghu. She pretends to accept Dhanak in front of Raghu and others but Dhanak is well aware of Mai’s intentions. In a series of events Raghu gets to know about Mai and Maya’s evil moves against Dhanak and despises both Maya and Mai. Dhanak comforts him to forgive Mai as a part of her deal with Mai. The next day Mai with some ulterior motives gets ready happily for Teej celebration shocking Dhanak.

Did Mai really accept Dhanak or is she faking her love for her is yet to be seen?