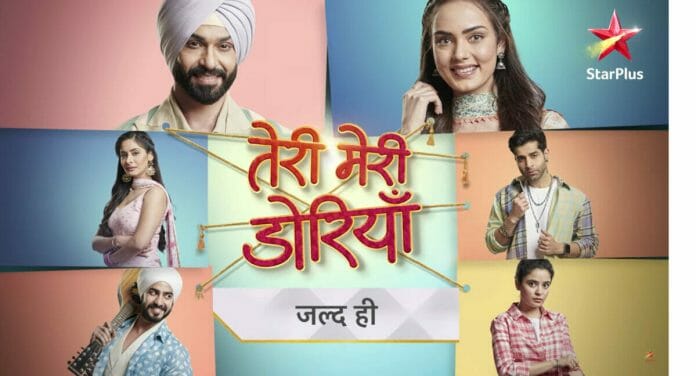 By Smita Pal| Cockcrow Entertainment and Shaika Films are all set to bring a new show on Star Plus titled “Teri Meri Dooriyaan,” which is the remake of the Bengali serial “Gaatchora.”

Sai, Virat, and Pakhi, who kept audiences hooked with their complicated love story Ghum Hai Kisikey Pyaar Meiin, presented a glimpse of a brand new story of six characters who will get entangled with one another through twists of fate, leaving viewers with the question, “kiski dor bandhegi kisse”?

The preview included some breathtaking sights, and the show is presently being filmed in the lovely areas of Punjab. Where the main characters and their passions were revealed.

The show will also feature popular actors like Anita Kulkarni, Neetu Wadhwa, Amandeep Jha, and Surendra Pal, among others.

Link of the promo – https://www.youtube.com/watch?v=fvsS2kp4KeU