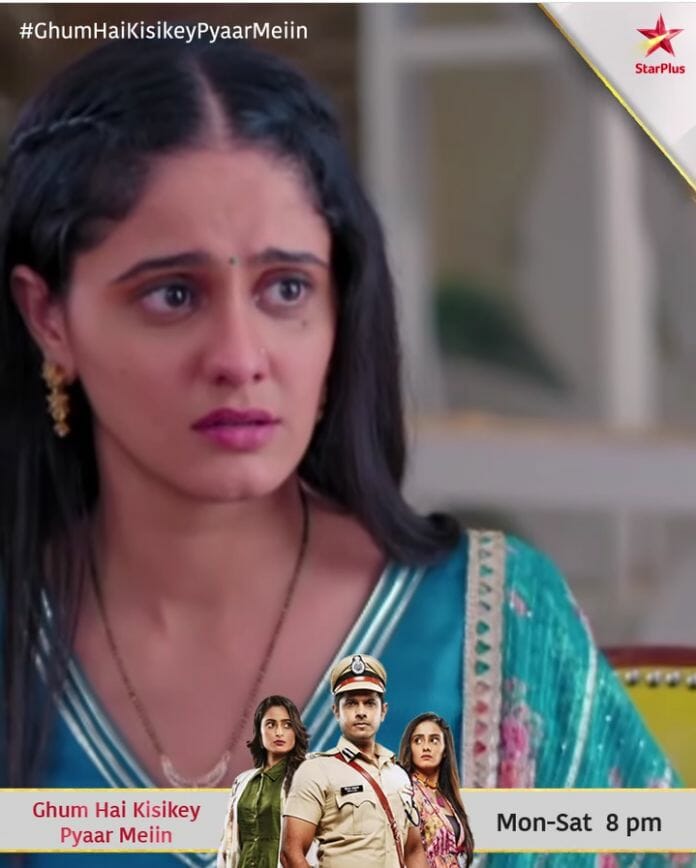 Episode starts with Jagtap trying to run away from the goons, whereas Virat points a gun at him. The latter gets furious at Jagtap remembering the death of Samrat. Vitthal gets worried and ask Virat to lower his gun. He states that Virat can’t harm his son, while the latter rebukes Vitthal and reminds him about the ill deeds of Jagtap. He proclaims to punish Jagtap, while suddenly the latter gets shot. Everyone becomes shocked, while Vitthal accuses Virat for shooting his son. He fumes in anger and gets concerned for Jagtap, while Virat denies his allegations.

Here, Virat says he despise Jagtap and wants to kill him for Samrat’s death, but he also knows his limit as a police officer. He proclaims that he can never take law in his hands and states that he haven’t shot Jagtap. Vitthal denies to believe him, while at that time a goon with his gun runs towards Jagtap and holds him. He takes him inside the hospital, while everyone realises that he was the one who shot Jagtap.

The leader of the goons laugh seeing Jagtap’s condition and says that he deserves it for trying to escape. Jagtap pleads him to get him treated and apologises for his mistake. Whereas, Pakhi fumes in anger seeing Jagtap and says that it’s his punishment for killing her husband. Whereas, Sai moves towards when the goon calls her to treat Jagtap.

Elsewhere, Jagtap imagines Sai killing him and says that he don’t want her to come near him. He says that he is scared of her, while she replies that she will fulfill her duty as a doctor. Bhavani also prohibits Sai to take law in her hands, while the latter treats Jagtap and removes the bullet from his arms. She saves his life, while Vitthal gets surprised hearing about it.

Sai and Jagtap sits besides eachother while the latter shows his gratitude towards her for helping him. He recalls all the misdeeds he has done to get her and genuinely apologises to her. He ask why she saved his life? To which she replies that the court will punish him for his crimes. Meanwhile, Vitthal talks to Virat being surprised by Sai’s act.

Ahead, Virat says that Sai and Jagtap are different from eachother and even after bearing so much of pain from Jagtap, Sai still helped him. He rebukes at Vitthal for spoiling his son, while the latter feels ashamed and have a change of heart. He promises to help Sai whenever she needs it.

Sai thinks about talking to Virat, while Jagtap gives his phone to her. She messages Virat and they both gets into a conversation. Virat decides to enter inside the hospital, but Sai warns him about the dangers. He convinces her, while she notify him that from the window he can enter without getting caught. He also apologises for their fight.

Further, Ashwini gets worried for Sai, Bhavani and Pakhi. She ask Virt about it while he hides the truth from her. Meanwhile, Chavans comes to the hospital and gets shocked finding about the goons. They prays for Sai, Bhavani and Pakhi’s safety, while Virat silently enters inside the hospital to rescue the hostages. But, suddenly a fire extinguisher falls and the goons gets alerted.

Precap:- Virat enters inside the washroom and kills a goon. Whereas, he also attacks few other goons and makes them unconscious. At that time a goon sees him and alerts their leader. Meanwhile, the leader shots Virat and he falls on the floor. Sai gets shocked seeing it.