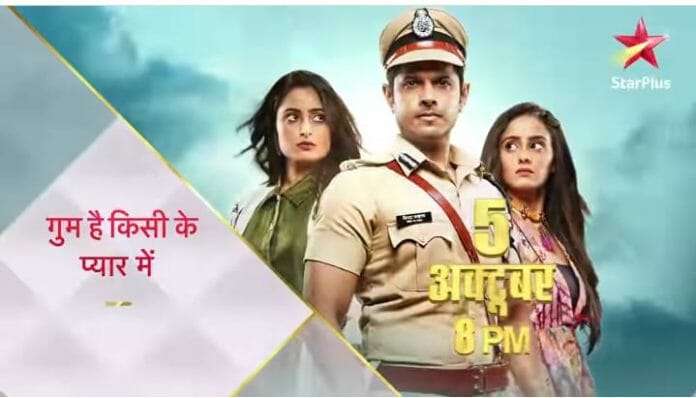 Episode starts with Jagtap sending a video message to Chavans, after cutting their electricity and water supply. He notify them about Sai’s reply that she denied to marry him and declares that he will keep troubling them till she agrees to accept his demand. Everyone gets shocked, while Sai glares at Jagtap being furious. He proclaims to trouble them, while Samrat takes Sai to the police station and notify Virat about the matter. He gets furious at Jagtap, while Sai holds his hand and shares her problem. He looses his calm seeing her state and goes to teach a lesson to Jagtap.

Here, Virat reaches Jagtap’s place where he was exercising. He lays on the bed and gets pampered, as soon as Virat faces him. He glares at Jagtap and declares to punish him, while the latter makes fun of Virat and mocks that he can’t be able to do anything. Virat gets anxious and proceed towards Jagtap, while he orders his goons to beat Virat.

Virat fights with Jagtap’s men’s and cokes forward. He gets angry at Jagtap for troubling his family along with Sai. He determines to take his revenge, while Jagtap says that he can’t fight with him in police’s uniform. Virat takes out his uniform and cap before continuing his fight.

Elsewhere, a goon points gun at Virat while the latter faces him fiercely and beats the him. He confronts Jagtap, while the latter laughs at Virat and proclaims that he can’t touch him. Virat beats Jagtap dangerously and the latter tries to resist him, but gets failed. Jagtap cries in pain, while Virat proclaims to teach a lesson to him.

Virat ties Jagtap to his jeep with the help of a rope and makes him run behind him. The latter threatens Virat to kill him and notify that the same mistake was done by Sai’s father. He says that he won’t leave Virat, while the latter stays unaffected. Jagtap also apprises how he killed Sai’s father, which infuriated Virat and he keeps punishing him.

Ahead, Virat reaches to his house while Sai gets shocked seeing Jagtap. She remembers the flashback when her father did the same with him and gets worried for Virat as Jagtap proclaims to kill him. She ask Virat to leave Jagtap, but the latter denies stating that he deserves the punishment. Samrat also supports Virat and tries to comfort Sai.

Jagtap declares that he will kill Virat, while Sai takes a stand for her husband and prohibits Jagtap from doing it. Whereas, Bhavani gets frustrated seeing all the drama. Virat again starts beating Jagtap, when Vitthal along with DIG sir comes there and scolds Virat for taking law in his hands. DIG sir asks Virat to leave Jagtap and says that they can’t arrest him without any proofs.

Further, DIG sir asks Virat to apologise to Jagtap but the latter denies. Vitthal scolds Virat, while DIG sir takes a stand for him and makes Virat understand that they need to be careful. Whereas, Mansi’s health deteriorates and Bhavani ask Samrat and Pakhi to take her to the hospital. At that time Jagtap comes there in a horse to marry Sai and stops Mansi from going anywhere. Pakhi blames Sai for the problem, while the latter gets furious at Jagtap.

Precap:- Sunny takes Virat to Kamat, while the latter offers him money. Sunny encourages Virat to take it in order to save Sai. At that time Inspector Kadam comes there along with his team and notify that Mr. Kamat complained about Virat, the latter tries to justify himself and denies all the allegations but Kadam still arrests him.