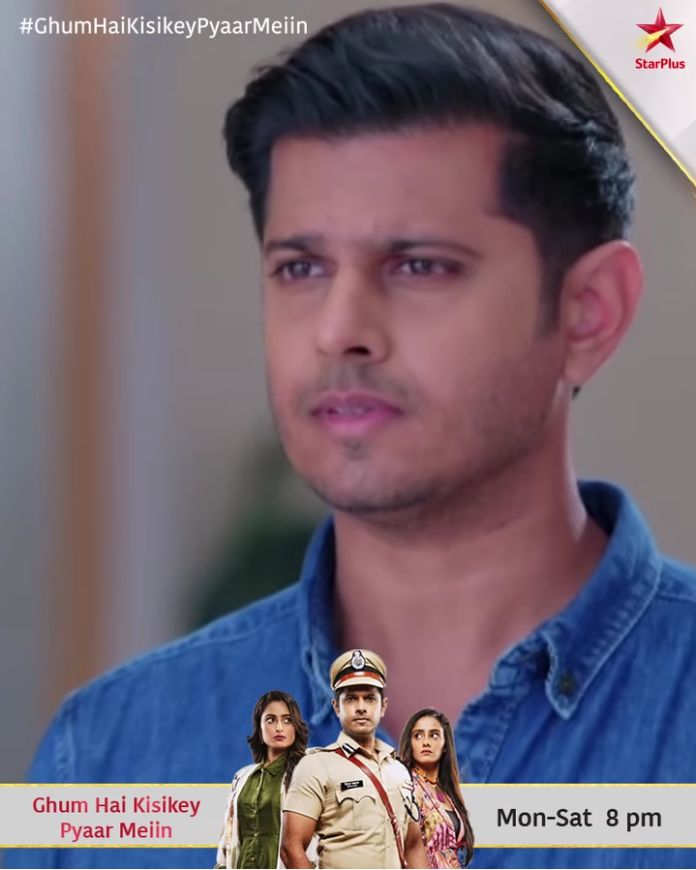 Episode starts with Sai thinking about something deeply. Virat comes there and sits near her. He starts talking with her and tells his perspective about Pakhi and Bhavani’s decision. He states that he don’t have any problem, if Pakhi becomes their surrogate. He tells the positive aspects of Pakhi carrying their baby and proclaims that they can always be near their baby and also can see it grow.

Sai gets angry and ask Virat that if he doubts her decision? To which he denies and states that he just want to clearify her doubts. He says that Pakhi doesn’t have any bad intentions and just wanted to get a reason in her life to live.

Virat continues that it must be Bhavani who has taken Pakhi to the doctor for her checkup. Whereas, Sai stays firm on her decision and declares that she won’t change it. Virat replies that he will always support Sai’s decision, while she questions that why everyone is getting involved in their matter, when it should be their rights to choose the surrogate.

Elsewhere, Virat tells about his conversation with Pakhi inside the police station and tries to clearify Sai’s allegations but gets unsuccessful. Meanwhile, Sai gets a message from the doctor and gets elated learning that Geeta is absolutely fine to carry their baby. She immediately tells Virat about it and they both gets excited.

Sai along with Virat and Geeta reaches the hospital and meets the doctor. The latter notify that Geeta can easily become Sai’s surrogate and congratulates them for the happy news. Virat shows his support towards Sai’s decision and shows his gratitude towards Geeta for helping them, while the latter says that she is thankful to Sai and can do anything for her.

Ahead, the doctor ask them to be careful during the procedure of surrogacy and Sai insures Geeta that she can come to her whenever she needs anything. Whereas, Pakhi keeps an eye on them and decides to meet Geeta in order to manipulate her. She proclaims that only she will carry Virat’s child in her womb.

Pakhi follows Geeta in her car and goes towards her house, while Sai and Birt goes to the mall in order to surprise Ashwini. Virat and Sai’s shows their excitement to welcome the baby, whereas Pakhi sees the house of Geeta and decides to return from there. Suddenly, a thief snatched her chain but the public beats him and returns the chain to Pakhi.

Further, Pakhi denies to do police complaint against the thief and decides to take use of them instead. She tells them something to do and then returns back to the mansion. Whereas, Sai and Virat happily notify Ashwini about the news and gives her sweets. Pakhi also comes there and confronts them. Sai tells her about the good news, while the latter shows her disappointment. Sai ask Pakhi to stay away from her life and she will also do the same, to which Pakhi agrees.

Precap:- Bhavani tells Ashwini about her intentions. She says that she wanted Pakhi to become Virat and Sai’s surrogate, so that they could have looked after her. She says that Virat and Sai would be able to spend time with their child before it’s birth and even they could have seen the baby grow. Bhavani gets furious and scolds Ashwini stating that they aren’t understanding her concern, whereas the latter cries.