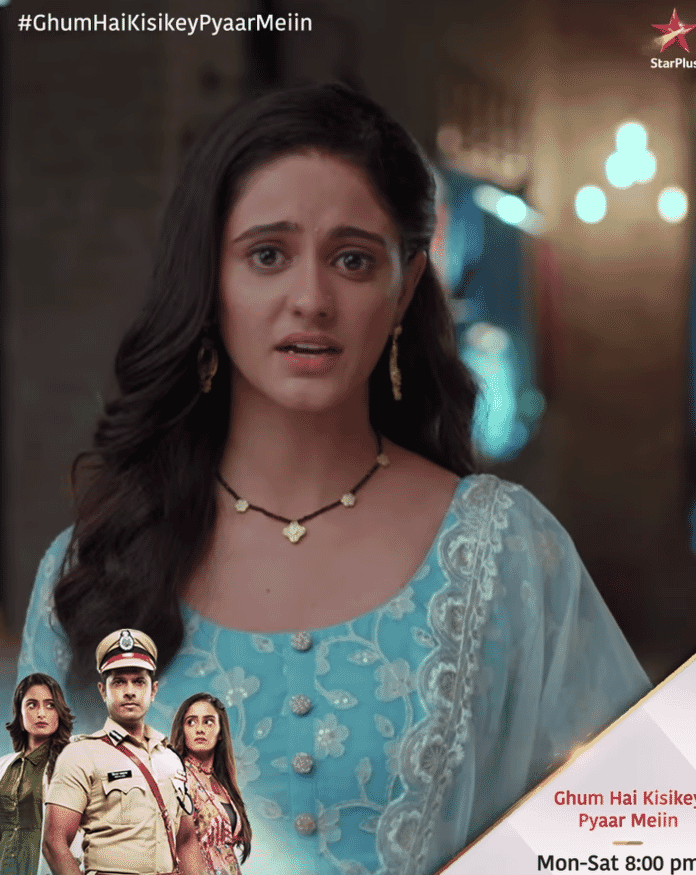 The episode begins with Virat shouts and makes way for the minister, while Sadanand stands and looks at his plan failing. He starts firing and shoots a polican. Both sides firing is going on. Virat stands infront of the Sadanand, he gets shot in his hand, he remembers how Sai has tied thread in that hand. Virat then remembers DIG response and remembers his duty, he then shot in Sada heart he falls on the ground, Virat runs and hold him, other terrorist run away. Sai is crying and says that she never gave importance to the Mangalsutr, but now she realised its importance. She prays to God and ask that she wants her Mangalsutr and the person who made her wear it, she wants both back.

Virat tells to Sadanand that he is sorry for doing this, Sadanand tells to Virat to take care of Shruti and help her bring their baby in this world and help her to save her and their child from police. He also tells him to keep their unborn child name as Saas, he then dies in Virat lap. Ashwini brings Sai mangalsutra and gives her, she is happy and prays to God for Virat. Ashwini says that she alo does the same for Ninad when he use to go for his duty. Sai says that she is Virat mother so she must be worried more for him, but Ashwini says that there is no comparison.

DIG sir looks at Sadanand body and tells to Virat that he is proud of him, Virat says that he failed in convincing Sadanand to surrender himself. DIG tells to Virat that he saved many people from this attack, he request sir to give him his body. But DIG tries to calm him down, he then remembers the promise he made to Sada to help his wife. Shruti shouts at the other terrorist and ask them about Sadanand, they inform her about his death. She sits on the ground and cries her heart out and remembers how they promosed to live a good life after the mission. She says that he has broken his promise and how she will handle the baby, she ask them about her husband body, they say that police must be there, she says that she is not scared and wanted to feel his husband. Devyani comes and apologies to Sai that by mistake she has broken the Mangalsutr.

Ashwini ask Sai and Devyani to think good, if they will think good everything good will happen to Virat. Devyani ask God to bring Virat safely back home then only she will celebrate Bhaiduj with all three of his brother. Virat wants to search for Shruti before the police to save her, he checks the map and goes inside the forest to look for her. While Shruti is at shooting point and puts his blood on her head, she ask about his body they told that an IPS officer Virat has taken hua body, she says that she wants to meet him.

Precap- Bhavani ask Sai to pray for Virat and not cry, she says that its her right to cry and nobody can stop her. Virat tells to Shruti about the promise he made to his dieing friend, but she points a gun on him.