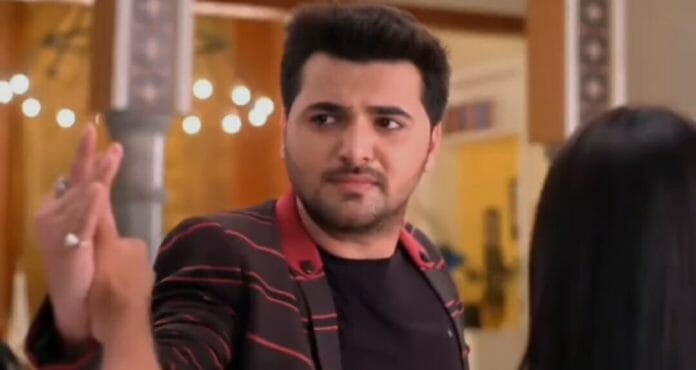 Star Plus’s top rated show “Ghum Hai Kise key Pyaar Meiin” has been entertaining the audiences with its exciting twists and plots. Previously, Virat decided to hide the truth about Vinayak from Sai as well as other family members. He took a tough decision in order to keep Pakhi save.

Meanwhile, he also consoled the latter, when she breaks down thinking about her condition. Whereas, Sai took Jagtap’s help to find information about Vikrant. She also confronted Karishma, but the latter denied to tell anything to Sai.

In the current track, Sai gets a clue about her lost son Vinu and decides to interrogate about the matter. She gets a hope and proclaims not to leave it. She insists the caretaker of orphanage to provide her some information about the survivor kid of the bus accident, but the latter denies stating about their rules.

Here, Sai also tries to get Anandi’s number in order to directly talk to the latter regarding the matter, but couldn’t able to get it from the orphanage. She gets an idea and decides to take Virat’e help. She records an emotional audio for him taking about their son Vinu.

Sai was about to send the audio to Virat but stops herself thinking that what if the kid wasn’t her son. She decides not to hurt Virat’s feelings again and again by reminding him about their son. She messaged him asking for Anandi’s number without telling about the reason.

Ahead, Virat brings Pakhi back to their hoise while everyone welcomes her nicely. She gets a room in downstairs but she breaks down in front of Virat stating that no one cares about her. He consoles her and tells about the love everyone have for her.

Virat ask Pakhi to be with him and Vinayak and complete their family. He then gets Sai’s message and becomes restless. He decides to visit her but stops seeing Mohit lashing out at Karishma.

The latter reveals about her extra marital affair while everyone gets shocked. She also starts accusing him for not giving time to her, while he was about to slap her but Virat stopped him.

Later, Chavans scolds Mohit while he looses his calm. Karishma decides to leave the house while Bhavani gives a warning to her. Meanwhile, Virat also tries to stop her but she starts taunting him and reminds that he have also done the same thing with Sai. She mocks Virat and Pakhi’s relationship while they gets shocked with her behavior.

Now in the upcoming episode, Sai will find about Abhimanyu and decides to interrogate about her lost child Vinu. Meanwhile, Virat will come there and ask Abhimanyu for a favor. He will state that someone else also can come to ask about the kid Vinu, to which the latter will reply that the person is already there and points towards Sai. Meanwhile, Virat will get shocked seeing her.

Will Sai learn about the truth?

Will Virat be able to stop Sai?