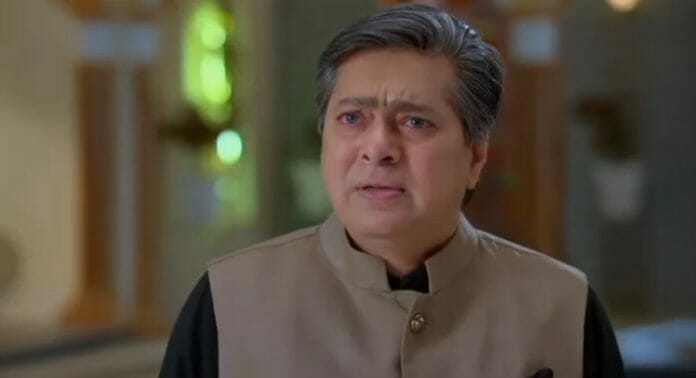 In the earlier episode, Sai removed her nuptial chain and asked Ashwini to give it to Virat’s wife Shruti. Ashwini breaksdown and tries to make Sai wear it again, but gets unsuccessful. Sai explains her perspective to Ashwini, while latter understand her and blesses her wholeheartedly. Whereas, Ninad also took stand for Sai and supported her against Virat.

Here, Ninad curses Virat and Shruti to be unhappy forever. Meanwhile, Samrat along with Mohit and Pakhi visits Virat. They mocks and insults Shruti and tags her to be a lier as Virat was all fine at that time. Mohit gives a warning to them and Pakhi points on Shruti’s character before leaving.

Virat gets furious at Shruti for calling his family, while she explains her situation and apologises to him. Shruti tells how Chavans love Sai kore then Virat, but Virat changes the topic.

Ahead, Shruti expresses her growing feelings for Virat and talks to herself that she have given Sadanand’s place to Virat. She also thinks that their fake relationship is turning real for her.

Sadanand’s terrorists gang gets shocked seeing him alive and then welcomes him warmly. They also notify him about Shruti being Virat’s wife and shows the newspaper article. Sadanand gets furious and visits to Virat.

Later, Sai shows her care towards Virat and ask his family members to forgive him. She bids adieu to leave, while Ashwin asked her to find a life partner as life journey is incomplete without one. Sai gets shocked hearing her statement and denies for it, stating about focusing on her career.

Now in the upcoming episode, Shruti will tell Virat that he is really nice and states that she couldn’t able to tell him, what she feels for him. She will start crying being emotional, while Virat tries to console her. At that she will suddenly hugs him, while he keeps trying to calm her down. Meanwhile, Sadanand will get inside Virat’s house and gets furious seeing them. Whereas, Virat and Shruti will become shocked seeing him alive.

Will Shruti returns back to Sadanand?
Will the truth about Shruti and Virat’s relationship comes out?
What will Virat do after learning about Shruti’s feelings for him?