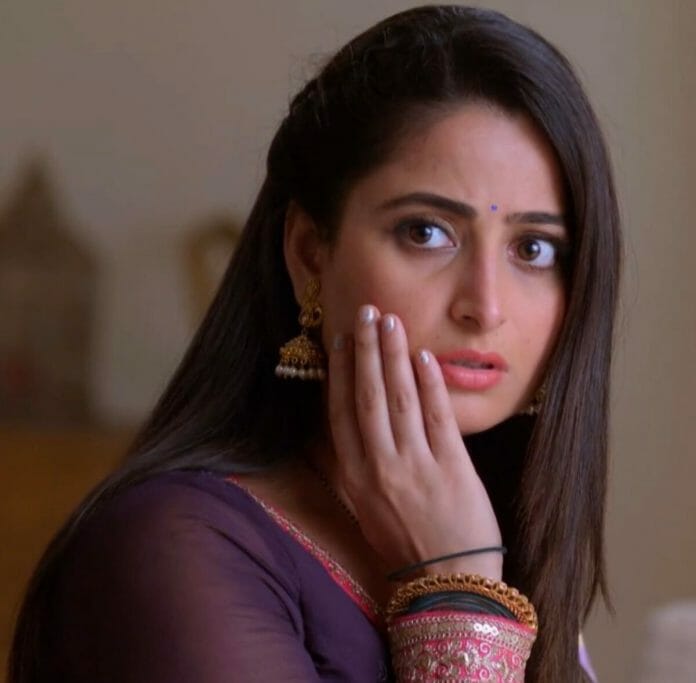 The gripping storyline of Star Plus popular daily soap Ghum Hai Kise Key Pyaar Meiin, filled with twist and plots; makes it engaging to the audiences.

In the earlier episode, Bhavani organises an event and gives all the responsibilities to Sai, whereas Pakhi and Sonali becomes jealous of her. Meanwhile, Sai notify Virat about her joining letter for the internship and he determines to help her. He again lies to Bhavani and makes some excuses to take Sai out of the house. He drops her to the hospital and gets romantic with her in the car, while Sai’s senior sees them and gets furious.

Here, Sai insists Virat to tell the truth to Bhavani while he assures her about it. He wishes Sai all the best for her internship and ask her to take leave early in order to attend the programme conducted by Bhavani.

Pulkit welcomes all the interns and congratulates them for their achievements. He also praises Sai for topping the exams and everyone claps for her, they even talks about her beautiful relationship with her husband, while she feels elated.

Ahead, Pulkit’s senior comes there and the latter introduces everyone to Dr. Machinder. He scolds everyone and ask them to be serious about their profession. He intentionally mocks Sai more for being married and ask her to keep her love aside during the working hours. She gets confused by his behaviour, but nods in front of him.

Pakhi and Sonali tries to instigate Bhavani against Sai, but the latter shows full confidence upon her. Pakhi gets furious seeing the blind trust on Sai and shares her problem with Samrat, while he advice her to talk with Bhavani and tries to calm her. But, she determines to break Bhavani’s faith upon Sai.

Later, Machinder gets furious at Sai seeing her excitement for work and ask her to show no emotions. He allots duties to all the interns, whereas Sai gets shocked hearing the working hours. She worries about the event and requests Machinder to let her go one hour before the time. He gets furious and ask her to leave the hospital, she tries to apologise to him but he shouts at her and ask to go away.

Now in the upcoming episode, Sai will request Machinder to let her leave early and says that she will compensate on other days. Whereas, he will give her duty to do a delievery. She will get shocked and tries to handle the patient, but becomes worried as the patient gets angry. Machinder will smirk and taunts Sai along with her husband. Whereas, the latter will take a stand for herself and declares that she won’t take any personal attacks on her family.

Will Sai be able to complete her internship?

Will Sai reach the event organised by Bhavani?