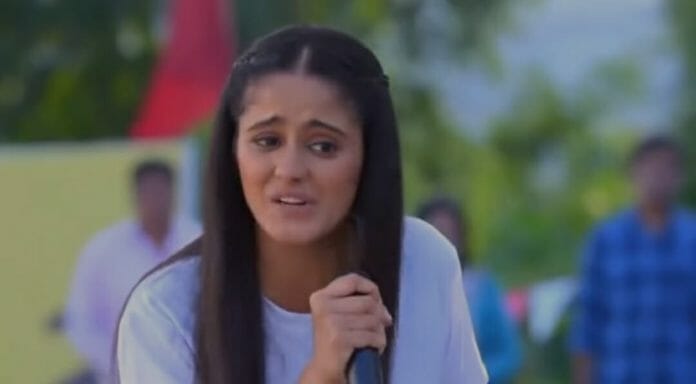 Star Plus show Ghum Hai Kisi key Pyaar Meiin is one of the most loved shows on Indian television. Right from the time of its inception, the show has been entertaining the masses. Previously, Pakhi decided to invite Sai and Savi to Vinayak’s racing competition in order to help her son.

She hided her intention from Chavans while Sai and Savi got excited to support Vinayak. But, they couldn’t able to reach on time while Chavans encouraged Vinayak to run but he couldn’t able to move from his place.

In the current track, Vinayak stays still at his place, while other contestants completes the race. Chavans gets shocked seeing Vinayak and becomes worried for him. Whereas, Pakhi and Virat goes towards him and encourages to complete the race. He doesn’t respond to them while they keeps trying their best.

Here, Sai and Savi reached the racing ground and takes the mike. Savi reminds Vinayak about his promise to her while Sai starts her motivating speech to him. Virat gets shocked seeing them while Pakhi stops him from interfering and states that Vinayak do gets affected by Sai’s words.

Chavans also gets irked seeing Savi and Sai but stays quiet just for the sake of Vinayak. Meanwhile, Savi goes towards Vinayak and helps him to walk while Sai along with Virat and Pakhi also runs along with him and keeps encouraging him.

Ahead, Vinayak starts running and completes the race. Virat along with others starts cheering for Vinayak and the latter proclaims that Vinayak broke his own record in completing the race.

Vinayak gets a special award and gives the credit to Sai for his achievement. Chavans gets frustrated seeing Sai’s magic on Vinayak, while Ashwini prays for Sai to leave Nagpur. Meanwhile, Pakhi also appreciates Sai for helping her son.

Later, Virat gives credit to Pakhi for Vinayak’s situation and says that she did a lot for him. Meanwhile, Vinayak invites Sai and Savi for the party, but the latter denies making an excuse. Vinayak decides to celebrate along with Savi the next day, while Sai thinks about going far away from Chavans.

Will Sai reveal the truth to Virat?