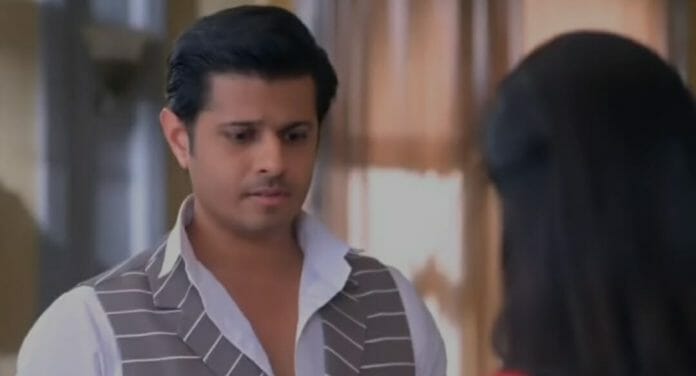 Star Plus popular daily soap Ghum Hai Kise Key Pyaar Meiin have garnered a huge amount of audience. The gripping storyline filled with twist and turns makes it engaging to the viewers. Previously, Sai lashed out at Virat for not taking Pakhi’s opinion for his decision. Whereas, the latter denied to involve anyone in between Savi and his relationship.

Pakhi got hurt by Virat’s ignorance and then they both got into an argument. Meanwhile, Ashwini plans to perform a ritual for Savi to welcome her inside their house and called Sai to take her permission.

In the current track, Ashwini tries to convince Sai for sending Savi to their house for the Puja. She notify that they wants to perform a ritual for the latter, while Sai gives her permission and says that she will drop Savi to their house. Meanwhile, Ninad insists Sai also to join her daughter for the Puja. The latter thinks about it and then finally agrees.

Here, Pakhi hears their conversation from aside and gets hurt for being ignored by everyone. Sonali and Omkar talks about the visits of Sai and Savi into their house and proclaims that soon they will start living a long with them.

Sonali shows her sympathy towards Pakhi for getting ignored by others. Whereas, Bhavani confronts Virat and his parents for taking decisions without involving her. They apologised to her while she taunts that she have a habit of living like that.

Ahead, Sonali tries to instigate Bhavani against Sai and Savi while the latter helps Ashwini to decorate the house for the Puja. Sonali ask if she also accepted Savi? To which the latter replies that she is doing everything for Ashwini and Virat’s happiness.

Sonali feels suspicious about Bhavani’s behavior, while Sai makes a handmade dress for Savi. She also searches for a job to pay her rents. She says that they have to be financially independent till they are staying in Nagpur.

Later, Virat visits to Sai’s house with dresses and present for Savi. Sai gets furious at him while he says that he have rights to give gifts to his daughter. Savi selects tk wear Virat’s dress instead of Sai, while the latter rebukes Virat for spoiling Savi. Meanwhile, Ashwini and Ninad talks about Sai’s sacrifices and decides to buy gift for her.

Now in the upcoming episode, Sai will come to the Chavans house along with Savi, while Ashwini performs a ritual and ask the latter to come inside the house. Savi will dip her legs into the thali and walks on the white clothe. She will about to fall when Sai run towards her to save her daughter but mistakenly walks on the same clothe leaving her footprints. Savi will show it to everyone and says that Sai is also a part of their family, to which the latter denies and says that it was a mistake. Pakhi will agree to Sai and assures that she will rub the footprints away. She will start cleaning the prints while Chavans feels bad for her. Sai will also feel hurt seeing Pakhi, while Virat will get confused by her behavior.

Will Pakhi be able to save her relationship?

Will Sai and Savi lives in Chavans Niwas?