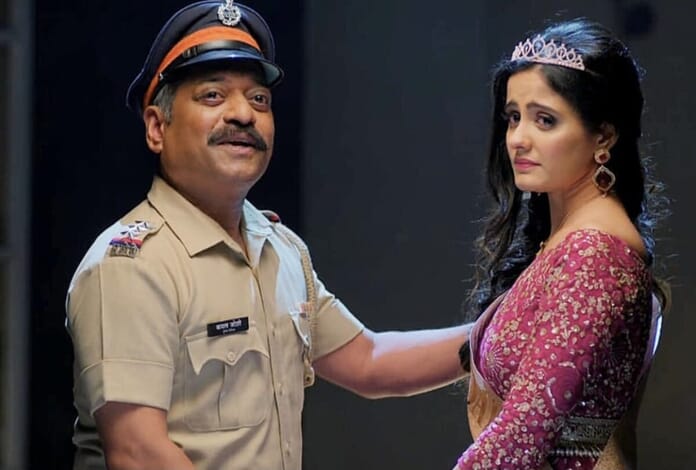 Star Plus’s popular show Ghum Hain Kisike Pyaar mein is topping the TRP charts. With Sai back to Chavan mansion, Virat and Ashwini feel like thier power is back. Virat is not ready to let Sai go now. Here, Pakhi is feeling left out and alone seeing her love, Virat spending quality time with Sai. To add on the feeling, Bhavani’s attitude has started changing not towards Sai but towards Devyaani.
This change in Bhavani’s attitude is because of Sai. Pakhi feels like her say in the house is going. It is highly suspected that Pakhi will soon take some harsh steps against Sai in order to bring her suppy systems, Virat and Bhavani to her side. It will be interesting to watch if Virat and Sai can sustain the future challenges together?

In the current track, with Sai’s birthday being celebrated, Virat and Sai feel their connect stronger. Virat hears Sai talking to a guy friend and gets jealous. Virat and Sai have cute moment but then Virat shows disappointment on Sai stating how she easily gave the gift he gave her to Bhavani.

Sai defends her act. Later, in college Sai gets praises for her dancing skills so she thinks to invite the Chavans. When she returns, she is happy to see Shivani return from vacation and then she talks to Ninad to attend her function but instead she gets taunts.

Ashwini and Shivani tell her not to pressurise but Sai is stubborn and challenges Ninad that she will make them come anyhow. Sai sells tickets and Virat buys them. Virat shows Sai how he can dance and he is impressed.

Shivani and Ashwini decide to go to Sai’s dance event. Ashwini and Shivani taunt others for pointing fingers at Sai. Mansi agrees to go for Sai’s event and pressurise Pakhi to attend it too. Pakhi gets irritated. Virat wishes Sai luck before she leaves and asks Mohit to drop Sai.

Ninad and Bhavani think what will Sai do to get them to the event. Bhavani, Ninad and Omkar feel bored at home and Bhavani and Omkar say how Sai is not all bad. Ninad says her wrongs actions are more than good ones. They decide to keep this discussion a secret.

Police comes to them to inform them about Sai being dead in college as she felt pressurised from Chavans side. They get shocked. Police asks them to come with them. Here, Sai greets everyone including Pulkit’s family but she awaits for Omkar, Bhavani and Ninad. The trio regret not listening to Sai.

Here, Sai tells Virat about the lie she told Bhavani and all. Virat says this is troublesome. Sai asks him to help her. Virat agrees. Later, Virat tells Ajinkya that Virat can dance better than him. Showing Virat’s jealousy. Bhavani and Ninand will reach to the venue shocking everyone.

They are surprised to see Sai perform on stage and fume with anger. Sai performs and sways everyone even Bhavani, Ninad and Omkar. Later, Sai announces a face off between Ajinkya and Virat. Virat wins the face off and Sai gives him his prize. Later, Sai is told by Bhavani she needs to win.

Then, Sai becomes the winner and thanks everyone and also apologies to Bhavani, Ninand and Omkar on the stage. Bhavani is surprised when Sai asks her to give the prize.Bhavani will give the award to Sai.

Virat and Sai will tease each other and show concern to each other. Both feel for each other but will fail to express it. Sai thinks Virat should always smile. Sai tries to include everyone in Chavan house in her celebrations. Bhavani refuses in the beginning but then agrees.

Virat tells the Chavans about surprise birthday party for Sai. While Sai tries to make Chavans remember that’s it’s her birthday, Chavans and Virat pretend to not get her hints. Pakhi gets irritated as Sai is getting attention.

Virat thinks to wish Sai at midnight but refrains thinking that his surprise will get spoiled. Sai will come in the evening to find everyone present to surprise her. Pakhi is in her room saying she has headache. Sai is happy that everyone remembers her birthday.

Sai remembers her dad, who is blessing her and asking her to always stay with Virat. Then later, Sai is so happy she hugs Virat.

In the upcoming episodes, Sai will request Pakhi to join them for cake cutting and will say it’s birthday girl’s request. Pakhi will push Sai and she will hit her head on a desk and will bleed. Virat will be shocked.

Has Bhavani changed? Will Bhavani make rhings easier for Devyaani? What is in store for Sai and Virat? Will Pakhi play a dirty game? How will Virat cope up? Keep following this space for more information on your favourite shows.