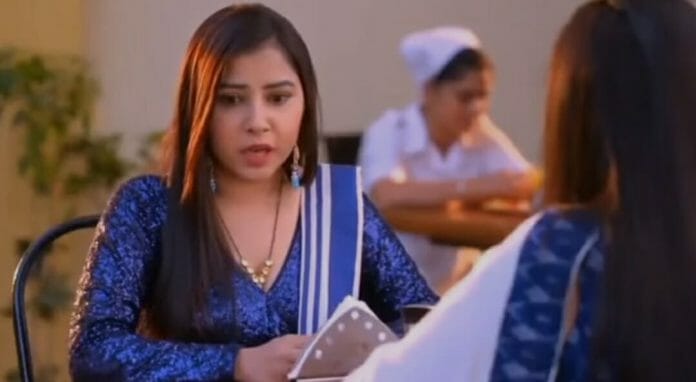 Star Plus popular daily soap Ghum Hai Kise Key Pyaar Meiin have garnered a huge amount of audience. The gripping storyline filled with twist and turns makes it engaging to the viewers. Previously, Virat took a tough decision and gave permission to remove Pakhi’s womb in order to save her life.

Whereas, the latter got shocked after finding about her surgery and looses her calm. Meanwhile, Virat decided to notify the truth about Vinayak to Sai but thought about the consequences and got afraid of Pakhi’s action. He proclaimed to hide the truth from Sai and others for the sake of Pakhi.

In the current track, Virat regrets his decision to hide the truth from Sai and apologises to her being emotional. She gets confused with his behavior and thinks that he is worried for Pakhi. She assures him and then leaves from there. At that time she notices Karishma along with Vikrant.

Here, Sai confronts Karishma and sits along with her to interrogate about the matter. The latter lies to Sai and ask her not to interfere in her matter. She lashes out at Sai for poking her nose and ask her to stay out of her personal matter.

Ahead, Virat consoles Pakhi as she gets depressed. He makes her understand that they are already a complete family and ask her to think about Vinayak. She gets teary eyes and says that she don’t have any will left to live.

Virat motivates Pakhi and tells that she already have everyone with her and ask not to take any drastic step. He takes a promise from Pakhi that she won’t harm herself, while she promises him and then hugs Vinayak being emotional.

Later, Virat ask Bhavani not to talk about kids in front of Pakhi while she says that she was concerned for their betterment only. She assures that she won’t say anything on that topic. Whereas, Sai goes to the orphanage to give Sahiba’s paintings and gets shocked finding about Vinu’s matter.. She tries to get information about him but the caretaker denies to provide it to her.

Now in the upcoming episode, Sai will find about Abhimanyu and decides to interrogate about her lost child Vinu. Meanwhile, Virat will come there and ask Abhimanyu for a favor.

He will state that someone else also can come to ask about the kid Vinu, to which the latter will reply that the person is already there and points towards Sai. Meanwhile, Virat will get shocked seeing her.

Will Sai find about the truth?