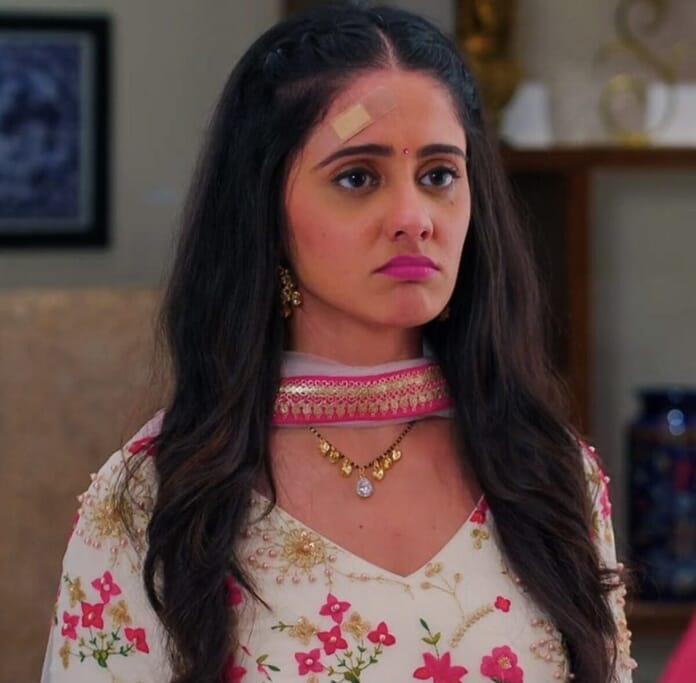 Star Plus’ show Ghum Hain Kisike Pyaar mein is yet to see a big change with Sai’s attitude. Sai who was not thinking much about Chavans, is now taking care of their interests. The circumstances are such that they are unable to confess their feelings.
Where, Pakhi is jealous of closeness rising between Virat and Sai, Bhavani is slowly seem to understand Sai too. With Sai also starting to consider Chavans like her family, viewers are hoping for a confession soon.

There are many expectations from the show kept by the viewers. With, Sai changing herself so much and making Chavans important in her life, it will be interesting to watch how the unification of Virat and Sai will affect not only Pakhi but also Chavans.

In the current track, where, Sai’s friend come to celebrate Sai’s birthday. Ajinkya feeds cake to Sai making Virat jealous. At night, Sai and Virat are having a heart to heart where Virat requests Sai not to speak about leaving the house or else even he will die as he couldn’t fullfill his responsibility.
Sai asks Virat not to say like that. Pakhi hears everything and gets sad. Next day, Sai tells Virat that she has 40 thousand rupees. Virat asks her what is the purpose of telling this. Sai says I want to enjoy my life to the fullest especially in college, so I have planned something.

Virat says okay but be wise with spending money. Sai asks extra 10 thousand from Virat. Virat says no but Sai convinces him. Virat asks her not to invite any trouble. Sai says okay and leaves for college. In the second evening, Sai doesn’t return from college and everyone suspects that she is upto something wrong.

Virat says maybe Sai’s money got stolen. Later, when Sai comes, everyone accuses her of many bad habits she might be having to take so much money from home.

In the upcoming episodes, Sai will ask someone to bring a box and will ask Ninad to open the box. Everyone will be shocked.