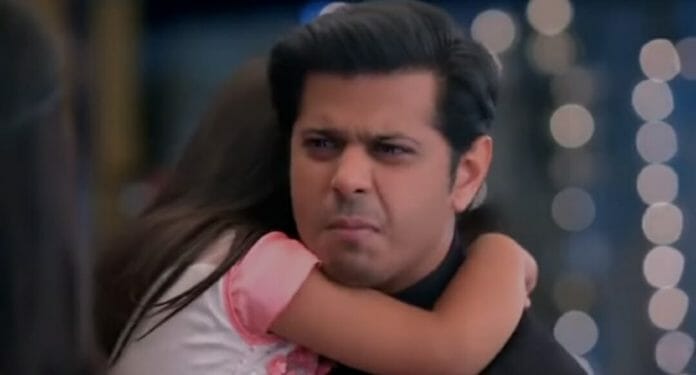 Star Plus popular daily soap Ghum Hai Kise Key Pyaar Meiin have garnered a huge amount of audience. The gripping storyline filled with twist and turns makes it engaging to the viewers. Previously, Vinayak made a wish to Chavans and asked Virat to adopt Savi, while the latter got shocked.

Meanwhile, Jagtap invaded inside Chavans house and notified Virat about Savi being his daughter. The latter got dumbstruck while Jagtap also informed about Sai leaving Nagpur along with her daughter. Whereas, Virat determined to stop them.

In the current track, Virat recalls his moments with Savi and becomes emotional. He gets flashes of how the latter used to crave for her father but Sai never told her about him. He becomes furious at Sai and decides to teach her a lesson.

Here, Vinayak shows his concern towards Pakhi and ask that why they don’t want to adopt Savi. The latter tries to explain him but he says that he wants Savi as his sister. Meanwhile, Ashwini assures Pakhi and the both gets worried about Virat.

Sai gets into dilemma but stays firm on her decision. She settles inside the bus along with Savi and Usha. She decides to leave Nagpur and Chavans forever for the betterment of her daughter, while Virat reaches the bus stand with lots of difficulty.

Ahead, Virat shouts for Savi and tries to find her. He gets disheartened as he couldn’t able to see her. He breakdown but then Savi’s written letter comes towards her and he gets hope. He goes towards her bus and snatches her from Sai.

Sai gets shocked and ask Virat to stop. He lashes out at Sai and confronts her about Savi being his daughter. She tells him the truth and starts blaming him for his mistake. They both argues with one another and points out their faults. She says that he never came to search for her after the accident while he tells that he thought she was dead.

Later, Virat proclaims that Sai is heartless as she never cared about Savi while the latter denies his allegations. She states that he was in hurry to marry Pakhi while he shouts at her. He then takes Savi away from Sai while the latter gets shocked and tries to stop him but gets unsuccessful.

Now in the upcoming episode, Sai will come towards Chavans house in order to take Savi back but the police team will stop her from going inside. She will start fighting with them while Virat will come there and ask them to arrest her. He will proclaim that she forcefully tried to get inside his house and even hitted the on duty police officer. He will ask his team to arrest her while they will take her inside the jeep. She will try to stop them and struggles to get her daughter back, while Pakhi and Ashwini will get emotional.