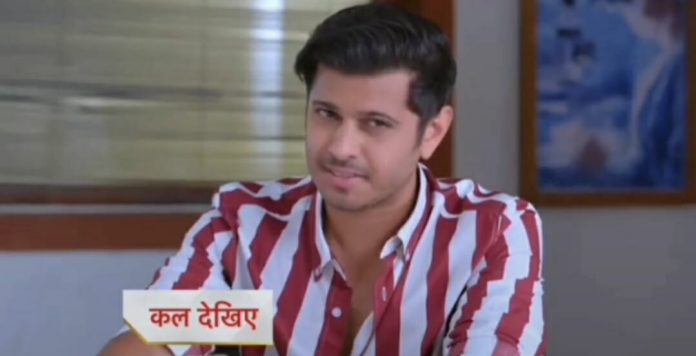 Star Plus popular daily soap, Ghum Hai Kise Key Pyaar Meiin have managed to rise curiosity in the minds of people, with its twist and turns in the storyline. Previously, Sai denied to take Pakhi’s help and proclaimed that she won’t let Pakhi become her and Virat’s surrogate.

Whereas, Bhavani took Pakhi for the checkup and found that she is not eligible to become a surrogate. Meanwhile, Geeta decided to help Sai as a gratitude for saving her husband.

In the current track, Sai gets elated learning about Geeta’s decision and genuinely thanks her. Whereas, she also plans to surprise Virat and determines to visit his office, but Pakhi reaches there before Sai and shares her emotions with him. She tries to convince Virat in order to get his approval.

Here, Virat consoles Pakhi after hearing her sentiments. She tells about her wish to become a mother and talks about losing everything after Samrat’s death. She insists Virat to help her in order to fulfill her wish, but he denies stating that he can’t go against Sai.

Pakhi holds Virat’s hand in order to beg him, while at that time Sai also comes there and misunderstands her. She scolds Pakhi for trying to get close to Virat, but the latter clearifies her intentions. She states that she was just trying to convince Virat.

Ahead, Sai tells about Geeta to Virat and they both gets excited to welcome their child. Bhavani confronts Sai along with Pakhi and proclaims to meet Geeta. Sai denies Bhavani’s requests and declares that only she and Virat have the rights to meet and approve their surrogate.

Saj and Bhavani gets into an argument, while Sai throws allegations on Pakhi, but the latter proves her innocence. Saloni reminds Bhavani that Pakhi is not eligible to become the surrogate, while the latter will tell that they will consult some other doctor.

Later, Sai stays firm on her decision, while Virat also supports her. He then tries to convince Bhavani, but she shows her sympathy towards Virat. Whereas, Ninad agrees to Pakhi but tells that only Virat and Sai have the authority to take the final decision.

Now in the upcoming episode, Sai and Virat along with Geeta will meet the doctor and talks about the surrogacy. The doctor will approve Geeta to be healthy and fit to become a surrogate and states that they can start the procedure, if Virat and Sai are ready. They both will get excited and Virat will reply that he don’t have any queries regarding Geeta and gives his permission to the doctor. Whereas, Pakhi will keep an eye on them and sees Geeta. She will decide to convince her to back out. She will proclaim that only she can give birth to Virat’s child.

Will Pakhi gets successful in her plan?