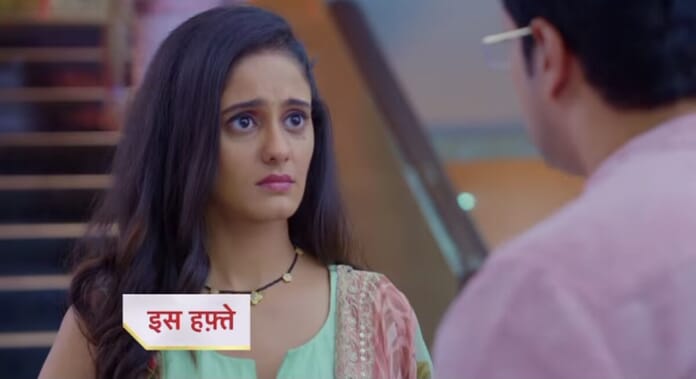 Star Plus’ show Ghum Hain Kisike Pyaar mein is seeing a a major change after Samrat’s return and Pakhi and Samrat uniting. Chavans are shown happy for unification of Samrat and Pakhi. With Virat now thinking to stay away and angry from Sai, viewers seem to have to wait more for thier most awaited confession. There are many expectations from the show kept by the viewers, but only time will tell if the expectations meets the reality.

In the current track, Sai goes to the senior officer to plead him to stop the transfer of Virat. Sai requests him so he makes the transfer go on hold so that Sai gets time to convince Virat. Here, Mohit and Samrat decorate the house. Later, Sai comes and acts infront Virat as if she is shocked to know his transfer is postponed. Virat doubts if Sai has something to do with it but Sai gives explanations and Virat agrees. Bhavani is very happy to see all the sons of the house in Chavan mansion for puja. Bhavani announces a challenge for the Bahu’s and decides to give a pearl necklace to the one who wins. Sai wins and everyone praises her. Virat feels why can’t Sai see his love. Pakhi tries to make Virat jealous but Virat is busy thinking about Sai. Later, every bahu does puja and a flower falls into Sai’s hands. Sunny and Shivani discuss that Sai must have stopped the transfer of Virat. Shivani decides to talk to Sai and make her confess while Samrat and Virat take part in dahi handi. during the dahi handi, Pakhi cheers for Virat and Samrat. Sai taunts her. Samrat is about to fall when Virat saves him. Virat and Samrat will break the handi. Later, they dance and here, Shivani and Sunny try to tell Sai how Virat loves her and she does too but Sai doesn’t agree. Sunny and Shivani try to convince Sai. Virat hears and is disappointed that Sai is not thinking straight. Later, Pakhi brings gifts for Virat and Sai and asks them to wear this in puja. Sai says no and asks Pakhi to not show off her concern for Samrat instead really feel it. Pakhi acts all good. Virat tries to defend Pakhi and explains Sai to leave Pakhi alone. Sai keeps on saying how Pakhi is showing off and it seems like she is pretending to be with Samrat to get close to Virat. Samrat hears this and doubts Pakhi. Later, Sai taunts Virat to such an extent that Virat gets very angry on Sai. Virat asks Sai not to go to college but Sai being adamant says she will be going. Virat locks Sai in the room and goes. Sai is shocked. Here, Samrat doubts every action of Pakhi.

In the upcoming episodes, Sai will question Virat’s indifferent attitude. Pulkit will try to reason out with Sai how if Pakhi wouldn’t be there then Sai would have fallen for Virat.

Will Sai misunderstand Virat? Will Virat and Sai confess to each other? Will Virat be able to stop Sai? Will Pakhi create mote troubles for Virat?