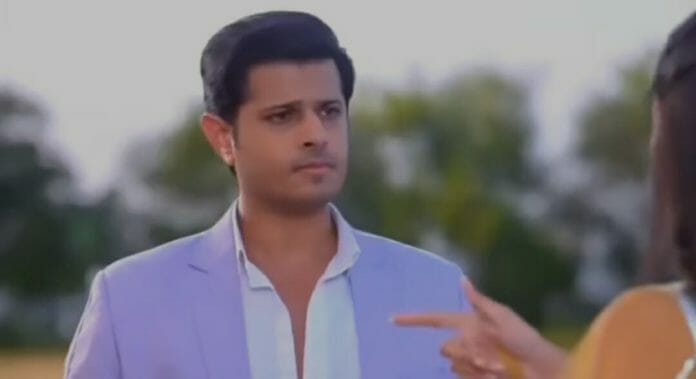 Star Plus show Ghum Hai Kisi key Pyaar Meiin is one of the most loved shows on Indian television. Right from the time of its inception, the show has been entertaining the masses. Previously, Jagtap got worried for Sai and tried to help her but the latter rebuked him.

Meanwhile, Pakhi got tensed hearing Vinayak’s conversation with Savi and shared her worry with Ashwini. The latter gave advice to Pakhi while Jagtap somehow convinced Sai to tell the truth to Savi about her father.

In the current track, Sai welcomed Jagtap inside her house for the first time and agrees to reveal the truth to Savi. Meanwhile, Virat gets concerned for Savi and decides to find about her father. He also tries to convince Vinayak that he can’t become Savi’s father, but the latter keeps trying to make him agree.

Here, Vitthal gets drunk and invades inside Chavans house. Bhavani and others gets shocked seeing him and rebukes for his behavior. He shouts for Virat and starts having a conversation with the latter.

Vitthal ask Virat to leave Jagtap alone. He also points finger at Sai’s character and says that she have two mens in her life. He makes them suspicious about Jagtap and Sai’s relationship while Virat throws him out of the house.

Ahead, Bhavani gets furious at Sai and Virat decides to find the truth. He forcefully takes Sai away from her house and confronts about her and Jagtap’s relationship. She gets shocked by his assumptions and slapped him.

Karishma talks ill about Sai while Pakhi looses her calm and scolds the latter. She ask them not to believe Vitthal. Sonali and Bhavani ask Pakhi to concentrate on her relationship with Virat rather then Sai, while the latter replies them back. Meanwhile, she gets anxious thinking about the situation.

Later, Virat points out at the relationship of Jagtap and Savi, to which Sai gets furious at him and ask to stop his nonsense. She takes a stand for her dignity and lashes out at Virat for doubting her character. She says that she regret her love for him, while he looks at her.

Now in the upcoming episode, Virat will get into a fight with Jagtap and holds his collar. He will proclaim to teach him a lesson while Jagtap will reveal the truth to him about Savi being his daughter. Virat will get shocked and moves back from Jagtap.

Whereas, Sai will decide to leave the city along with Savi. She was about to get inside the train, when Virat will come there and holds Savi’s hand to stop her from going. Meanwhile, Sai and Virat will look at each other and the latter will get shocked.

Will Virat be able to stop Sai and Savi from leaving?

Will Chavans accept Savi as their own?