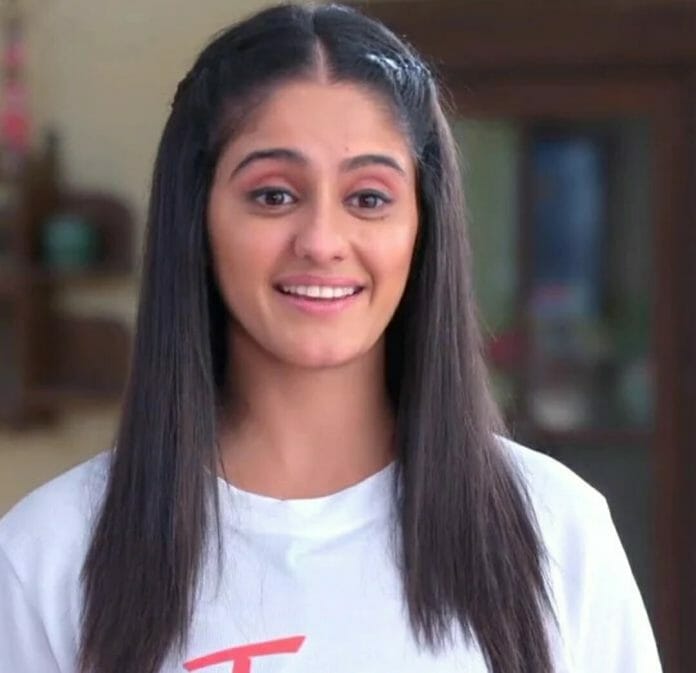 Star Plus popular daily soap Ghum Hai Kise Key Pyaar Meiin have garnered a huge amount of audience. The gripping storyline filled with twist and turns makes it engaging to the viewers. Previously, Vinayak participates in the racing competition while Sai and Savi couldn’t able to reach there on time.

Vinayak got discouraged and lost the race, while Chavans tried their best and insisted him to complete the race. Meanwhile, Sai and Savi came there and started cheering for him. He finally got motivated by them and finished the race. Everyone got emotional while he received a special award.

In the current track, Sai tells Vinayak to always stay motivated and proclaims that the race will always remind him that he can do anything. Savi also appreciates Vinayak’s efforts and compliments his medal. Meanwhile, Pakhi shows her gratitude towards Sai and thanks her genuinely for helping Vinayak.

Here, Chavans gets shocked by Pakhi’s move while Ashwini proclaims that she can see a mother thanking Sai for helping her son. Whereas, Virat also thanks Sai as well as goes towards Savi and tells her that she is also responsible for the recovery of Vinayak.

Virat talks about Savi’s request to adopted by him and apologizes that he haven’t answered her yet, to which she smiles and ask him to take his time. She then looks at Vinayak and recalls his promise to her.

Ahead, Vinayak and Savi dances with the school kids, while the bullies comes towards Vinayak and ask him not to complain about them to the principal. Vinayak assures them and says that they are also responsible for his victory as their words always motivated him to improve himself.

Vinayak makes allies with his bullies and then returns back to his home. Chavans surprises him and he enjoys his time with the family members. Whereas, Chavans also plans to visit pilgrimage except for Virat and Pakhi. They decides to give them sometime to spend with each other.

Later, Jagtap gets on the top of a crane and threatens Vitthal. He takes a promise from his father that he won’t go to Chavans house and won’t interfere in Sai’s life. Meanwhile, Savi shares her excitement with Sai while the latter decides to hide about Savi’s father from everyone. She takes a decision to raise her daughter in her own.

Will Virat find about Savi’s truth?

Will Virat snatch Savi from Sai?