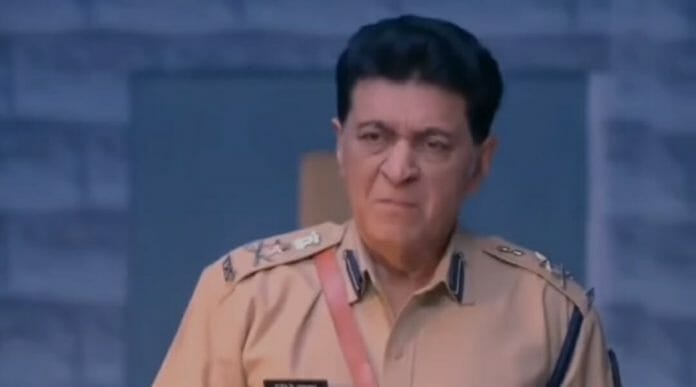 Star Plus’s top rated show “Ghum Hai Kise key Pyaar Meiin” has been entertaining the audiences with its exciting twists and plots. Previously, Bhavani putted accusations on Sai’s character while Virat defended her and proclaimed that Savi is their daughter.

Whereas, Sai got furious at Virat for making her arrested and separating her from Savi. She determined to get her daughter back, while Pakhi got severely affected by Virat’s changed behavior after Savi’s arrival.

In the current track, Sai demands to have her phone back while Virat permits her to have a call as per the rule and regulations. She takes the phone and immediately and calls Usha, while the latter notify that she took Jagtap’s help and is staying in their previous house.

Sai rebukes Usha for taking Jagtap’s help and blames him for all the mess. Meanwhile, Virat decides to tell the truth to Aavi about him being her real father and also determines to teach a lesson to Sai for keeping his daughter away from him.

Here, Pakhi gets scared by Virat’s behavior while he enjoys his time with Vinayak and Savi. He makes them sleep and sings lullaby for them. Whereas, Ashwini and Ninad cherish the moment recalls their happy times when Virat was small.

Ashwini worries about Pakhi’s state and shows her concern towards the latter. She states that the latter has suffered a lot and will have to face more difficulties in future after the revelation of the truth. Whereas, they also discuss about Sai and Virat’s twisted relationship.

Ahead, Ashwini sees Pakhi sitting in the dinning table and goes towards her. She confronts the latter while Pakhi tries to hide her emotions. Ashwini puts her hand on Pakhi’s head while the latter breaks down and cries expressing her pain.

Sai calls Virat but he cuts her call and ask the police officers to snatch her phone. They snatches it from Sai while the latter keeps shouting at them. She determines to go out of there and somehow sneaks out of the interrogation room. She takes the gun and points at the officers asking for the phone.

Later, Sai calls DIG sir and insists him for help. He makes her realise about her mistake while she proclaims that she will do anything to get Savi back. Meanwhile, Sai sneaks inside Chavans house and takes Savi away from there, while the latter shouts Virat’s name being sleepy.

Now in the upcoming episode, Virat will wake up and gets shocked upon not finding Savi. He will become restless and starts shouting her name. Chavans will also get tensed and looks for Savi but couldn’t able to find her. Meanwhile, Virat will suspect Sai behind it while Savi will be seen walking with her mother. Whereas, Virat will get suspicious about Jagtap also and proclaims that he won’t leave him. He will determine to teach a lesson to Jagtap for snatching Savi from him.

Will Virat be able to find Savi?